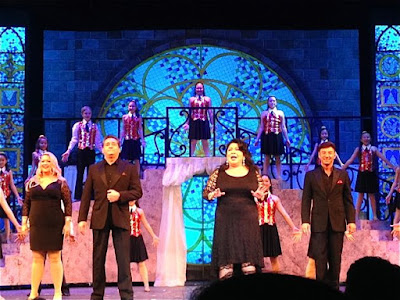 Nadine Kam photos
Our 'Ilima Award partnership with Diamond Head Theatre means guests at the event can enjoy an evening of song and dance, as well as a fabulous dinner of dishes prepared by the award-winning restaurants. On stage from left are Megan Mount, Laurence Paxton, Loretta Ables Sayre and Tony Young.

The months leading up to October are a busy time for us at the Star-Advertiser. That’s when we’re putting together our annual ‘Ilima Awards book, our guide to Oahu’s top restaurants.
Because there are now so many such guides in Hawaii, people often write them off, telling me, “It’s just advertising.”

As a journalist I find that insulting and feel I have to correct that impression that honors and titles can be bought. While some media outlets may indeed choose their top restaurants only from a pool of their own advertisers, that is not the case with the ‘Ilima book, which is a newsroom project reflecting months of serious discussion among our food reviewers and writers to arrive at our choices. 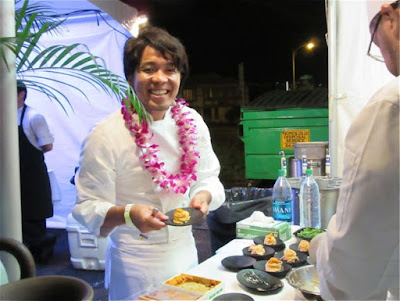 The winner of our top Publisher’s Award was Arancino at the Kahala, whose executive chef Daisuke Hamamoto prepared a wonderful Hokkaido uni pasta, below. I had to have two helpings. The funny thing is that before last year, I didn't even like uni. It just took finding the best ones from Japan. Now, I get it. 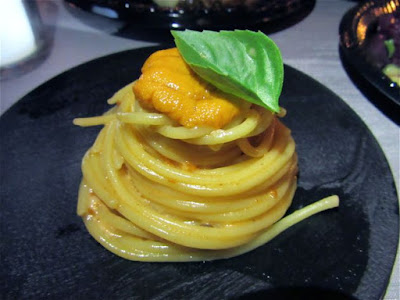 Taste is all subjective and sure, sometimes we miss a few good restaurants because the listing would be diluted if we were to include 1,000 restaurants instead of 200, but we do our best to present a snapshot of what’s current up until our cut-off point around late August when writing begins.

Adding democracy to the process, we also feature a People’s Choice Award.

Sometimes, a restaurant will drop off our the critics top lists from one year to the next. It’s not because we don’t love them anymore, but our jobs take us to many more places than the average diner, and given the many new restaurants that open year after, we must look forward and acknowledge the new, rather than be repetitive.

It all comes together at the annual awards ceremony that takes place at Diamond Head Theatre, where guests are able to enjoy a food-centric song-and-dance show by DHT performers, guest stars and the DHT Shooting Stars, followed by a dinner presented by the award-winning restaurants.

To me, the dinner—marking the combined choices of people and critics—is always reassurance that we got it right.

I just regret that with the 20 or so food stations, many offering two dishes, there is no way I can sample everything. As much as I would like to taste each dish, the reality is, rather than suffer a sore stomach from overeating, at this point I know my limit and that is about eight dishes out of about 30.

What I wanted to check out most were some of the ‘Ilima newbies that happen to be concentrated in Downtown Honolulu, places like Grondin French-Latin Kitchen, Scratch Kitchen and Bake Shop and Square Barrels.

At the Scratch Kitchen booth, diners got a taste of savory chicken chilaquiles and the sweet with chef/restaurateur Brian Chan’s compost cookies, an “everything-but-the-kitchen-sink” sort of recipe into which go potato chips, chocolate chips, butterscotch, coffee, bacon, oats and pretzels. Had to try those, one of the few occasions where I started dining with dessert!

You can view all the winners at staradvertiser.com/ilima-awards/Ilima_Awards.html. 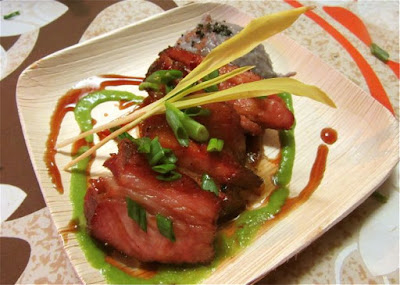 Another of my favorite dishes was Highway Inn’s lychee-wood smoked pork with paiai. 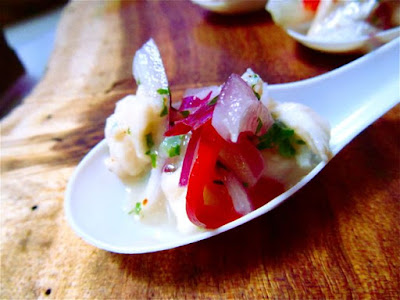 This being Hawaii Seafood Month, Grondin French-Latin Kitchen served up a ceviche of uku with Meyer lemon, lilikoi, red onion, red jalapeño and cilantro. So fresh, light and wonderful. 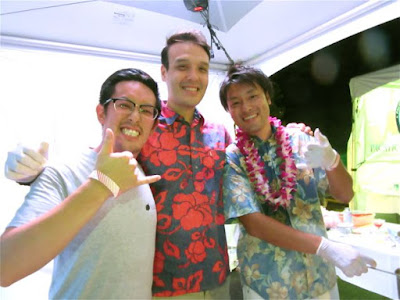 The crew at Golden Pork Ton-kotsu Ramen cooked up their rich tonkotsu broth, with shrimp dumplings exclusive to the occasion. 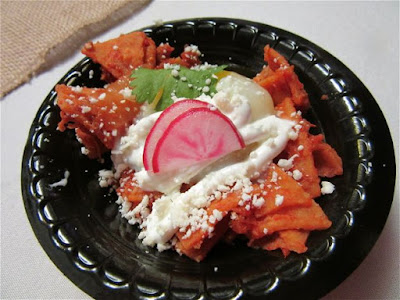 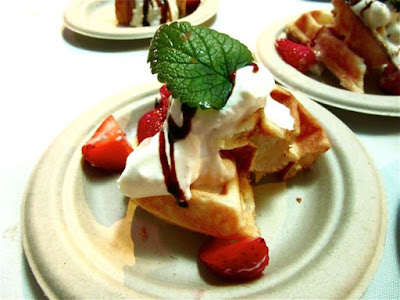 The Nook offered up samples of its popular mochi waffles. 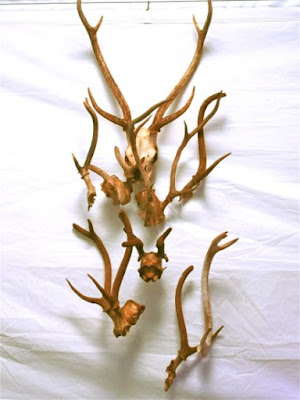 Square Barrels served up a grass-fed Molokai beef slider and highlighted the venison burger on its menu with a display of Axis deer antlers. 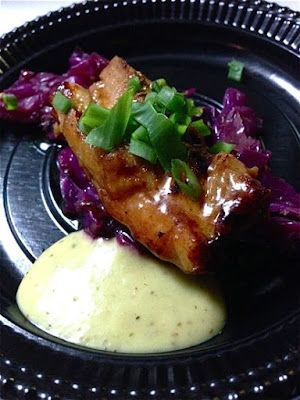 MW Restaurant presented beer-braised pork with red cabbage and mustard vinaigrette.
—————
Nadine Kam is Style Editor and staff restaurant critic at the Honolulu Star-Advertiser; her coverage is in print on Wednesdays and Thursdays. Contact her via email at nkam@staradvertiser.com and follow her on Twitter, Instagram and Rebel Mouse.