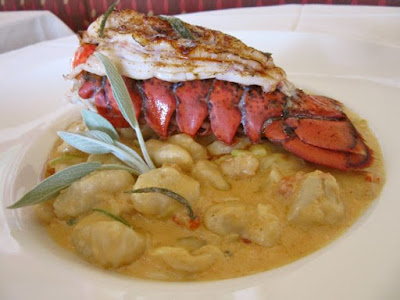 Nadine Kam photos
Lobster served over creamy gnocchi is among a couple dozen new dishes on the menu at Longhi’s.

Longhi’s is celebrating its 12th year on Oahu with a refreshed menu, adding a couple dozen new dishes that have passed several blind taste tests with owner Charlie Longhi and staffers, to arrive at a vast range of crowd pleasers.

The refresh precedes what will be the biggest retail event in recent years when Ala Moana Center opens its new Ewa Wing in November.

Longhi said he anticipates a lot of traffic coming through the West end of the mall and he wants to be prepared with a taste tempters to draw a crowd. 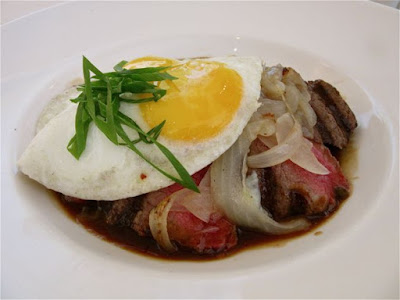 The dinner-time loco moco gets luxe treatment, served atop risotto with onions, mushroom gravy and 5 ounces of filet mignon. At lunch time, a more traditional hamburger-style loco moco is made from prime cuts of beef.

Both lunch and dinner menus have new additions, including two variations of the loco moco. By day, the loco moco features a prime beef patty ($18 breakfast and lunch). In the evening, an and “Italian” version of the local classic features 5 ounces of filet mignon, caramelized onions and peppercorn demi-glace over mushroom risotto, at $36.

One of my favorite dishes off the new menu is a simple yet decadent dinnertime side dish of Sicilian cauliflower ($8) rolled in breadcrumbs, crisp-fried and served with browned butter and garlic, capers and chili peppers.

Another highlight is a rich Maine lobster gnocchi ($36) with a lobster stock-sage-butter sauce.

Though entrée prices may sound steep, Longhi said that in his household, dining was always done family style, and he welcomes that. With a few side dishes and shared entrée, dining for two can be quite reasonable, and satisfying. 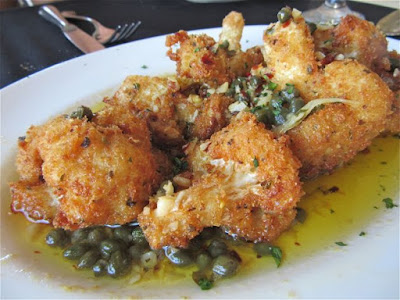 One of the foodie favorites is the fried cauliflower with a light crispy crust, simply served with browned butter and garlic, capers and red pepper. Swoonsville!

Finish with dessert of tiramisu pancakes ($16), the griddle cakes standing in for ladyfingers that often tend to be soggy. That’s not the case here, as the pancakes hold up well to the weight of espresso Kahlua mascarpone and chocolate sauce. Yum!

Longhi’s is a family affair, with the first restaurant opened by Charlie’s father Bob in Lahaina in 1976, when Maui was a culinary desert and friends thought he was crazy for doing so.

“He couldn’t get anything fresh on Maui so he went to farmers and asked them to grow tomatoes,” Charlie said.

To give you a better idea of how pioneering he was, all these things we take for granted today were not really being done on Oahu until 15 years later, in the early 1990s, when chefs like Roy Yamaguchi, Roger Dikon, Sam Choy, George Mavrothalassitis and Philippe Padovani banded together with like-minded neighbor island chefs to form the Hawaii Regional Cuisine movement, partnering with farmers to grow produce they wanted to put on their tables.
————
Longhi’s is at Ala Moana Center. Valet parking entrance on Ala Moana Boulevard. Call (808) 947-9899. 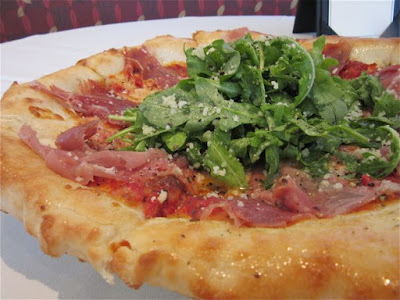 Toppings of arugula and prosciutto de parma were great, but we adored the light, crispy housemade crust of Longhi’s Neapolitan pizza, made with Caputo “00” flour imported from Naples, and the crunch of cornmeal on the bottom. Their pizzas are also available to go. 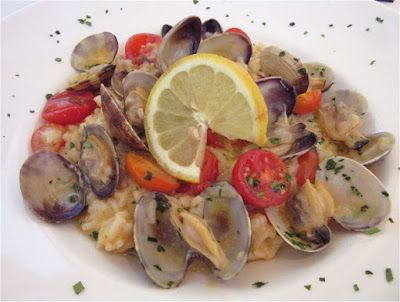 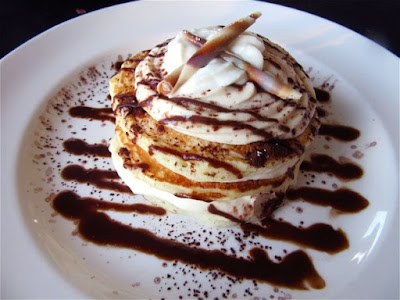 The grand finale was a dessert of pancake tiramisu, with the breakfast class a suitable substitute for the Italian dessert’s ladyfingers.
—————
Nadine Kam is Style Editor and staff restaurant critic at the Honolulu Star-Advertiser; her coverage is in print on Wednesdays and Thursdays. Contact her via email at nkam@staradvertiser.com and follow her on Twitter, Instagram and Rebel Mouse.
Posted by Nadine Kam at 6:40 PM