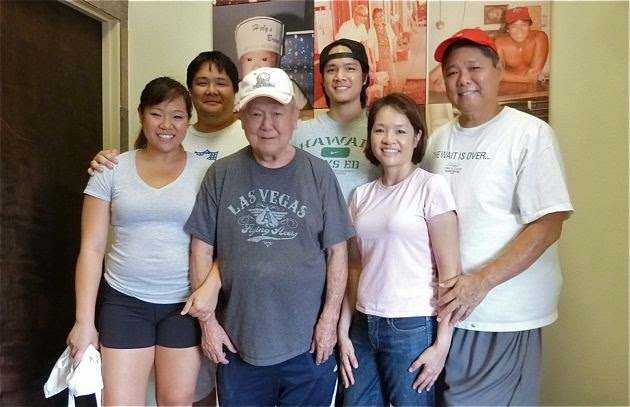 It’s always sad to hear of another mom-and-pop kamaaina business closing its doors, often not for a lack of fans, but because of a lack of interest by succeeding generations.

There seemed to be no end to this rising tide of closures, but now comes some good news with the Dec. 18 opening of Hawaiian Pie Co., on Waiakamilo Road.

The Hori clan that owns the operation has roots on the Big Island, where patriarch Yoshio Hori opened the renowned Holy’s Bakery in the 1930s. His grandson Joel—who opened Hawaiian Pie Co., with wife Jan, and children Lindsey, Matt and Andrew Chun-Hori—said that the Holy’s name may have derived from a classic misunderstanding between the Japanese-speaking Yoshio and a Caucasian signmaker, who heard the rolled “r” of Hori as “l,” and created the sign accordingly.

Holy’s is still going on strong in Kapaau, where the family-run bakery sits on Holy Bakery Road. Pies cooling after coming out of the oven.

Here on Oahu, Yoshio’s son Richard Sr., opened Holy’s Bakery Manoa in 1979, offering bread, cookies and other treats until it closed in the 1990s. Joel, who had grown up with the bakery took a job as an air traffic controller with the Federal Aviation Administration, but as he came closer to retirement and watched scores of other kamaaina companies being lost to time, he started thinking more about his own bakery heritage.

The family had always baked pies together over the holidays to give as gifts, and they knew the demand for the pies was there. But the real push came from his children, who acknowledged the difficulties of running a bakery, but still wanted to continue the family legacy.

In spite of its family heritage, Hawaiian Pie Co. is a startup that is not affiliated with the original Holy’s. Their recipes are unique, and taking input from friends, family, and now customers, the crust and pies have evolved into deep-dish, three pounders. 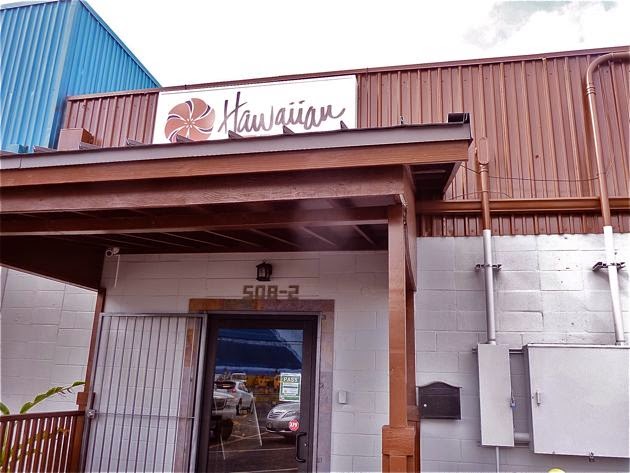 The exterior of Hawaiian Pie Co. at 508 Waiakamilo Road.

Pies named in honor of “Grandpa Yoshio” include such classics as apple and coconut, but the family has come up with new combinations such as passion-pear and peach-pineapple, with a mix of expected classics and new flavors available daily.

Pies are available whole or by the slice, at $20 to $22 for whole pies. Other treats, such as shortbread cookies, turnovers and manju will also be available as time permits. Visit www.hawaiianpieco.com or www.facebook.com/HawaiianPieCo to stay up to date on daily offerings.
—————
At 508 Wai­akamilo Road. Call 988-7828. They will be open until 3 p.m. today, Christmas Eve. 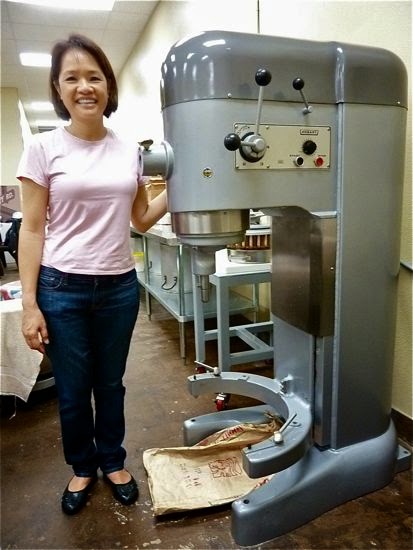 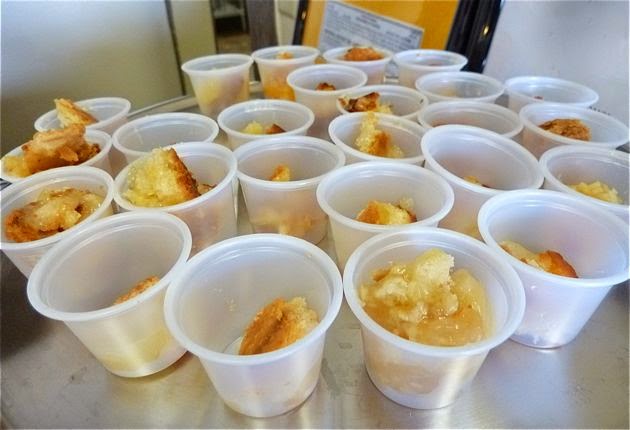 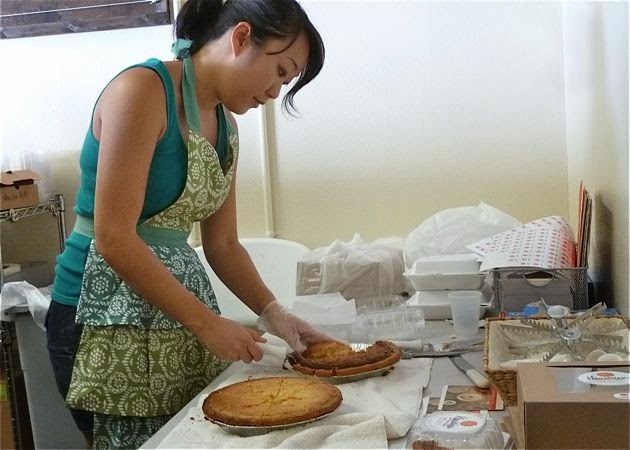 Lindsey Doi slices into a pie, available by the slice as well as whole. 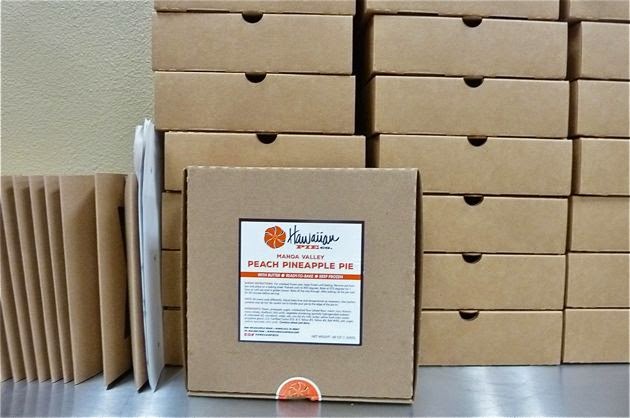 Boxes waiting to be filled.
Posted by Nadine Kam at 5:23 PM