HFWF gives back with $200,000 check presentations 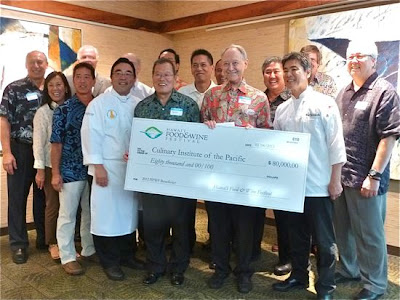 Now that we've cleared all of winter's major holidays, the founders and directors of the Hawaii Food & Wine Festival took time out to host a Mahalo Reception for festival partners and participants, and a check presentation of more than $200,000 at Kapiolani Community College's Ka Ikena restaurant on Feb. 4.

During the September 2012 festival, 4,000 visitors and residents from around the world enjoyed 50,000 portions of food served up at 15 events at six venues on Oahu featuring 61 chefs, four master sommeliers, 25 winemakers and 31 local farmers, artisan food producers and innovators. More than 200 culinary students from Kapiolani Community College, Leeward Community College, Maui College, and Kauai Community College put in 23,000 hours working side-by-side with some of the most respected names in the industry.

As promised during the fall event, funds raised from a week of HFWF events will benefit culinary education in the islands, as well as organizations working toward long-term sustainability and agricultural integrity. The 2012 beneficiaries were: Hawai'i Agricultural Foundation ($80,000), Culinary Institute of the Pacific ($80,000), Leeward Community College Culinary ($30,000), Paepae o He'eia ($10,000), and Papahana Kuaola ($10,000). 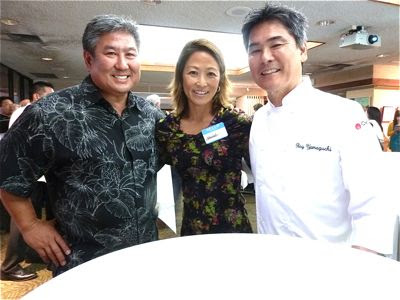 With all but $1 million left to be raised for the construction of the new Culinary Institute of the Pacific at Diamond Head, University of Hawaii Vice President of Community Colleges John Morton announced that the school system will put Phase I of construction of classes and labs out for bid in the next two to three week.

The great thing about the association with the culinary program is that students were tasked with coming up with pupu for the event, so guests could gauge the return on those dollars. The food was amazing, certainly equal to the best restaurants in the state and I could see and taste the improvement from just a few years ago, when a chop suey, throw everything in the pan mentality reigned. Our food may not "suck," as Scott Caan so eloquently put it, but could at times be viewed as muddled. I can see where students' direction is now more thoughtful and considered.

After speaking about HFWF, co-founder chef Roy Yamaguchi humbly introduced his co-conspirator and co-chair chef Alan Wong as, "The man who made it all happen," while Wong refused the honor, assuring that it was Roy who did all the work.

Wong reiterated the aim of the festival, which they saw as a way of putting the spotlight on Hawaii, bringing in international media to focus on farmers and "get people thinking and talking about Hawaii," and most importantly, to make the kind of sustainable decisions today so our grandchildren's children can also enjoy the pleasures we enjoy today.

Considering Hawaii's geography and relationship to the ocean and limited land, it would be crazy to ignore the specters of global warming and development. We can see the effects on fish stocks and easily predict a future in which fish is no longer edible and the consequences going up the food chain.

HFWF is continually working to ensure people keep thinking and talking about ways to preserve this culinary paradise. This year, the festival will add a stop on Maui to its calendar, timed to the tail end of Ka'anapali Fresh. 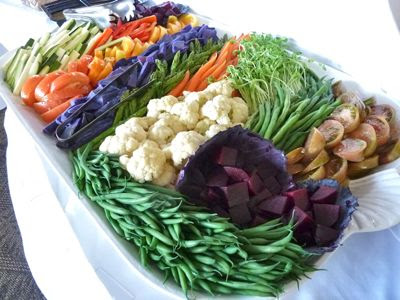 One of the problems of putting out such a beautiful display of greens is that no one wanted to disturb the arrangement. 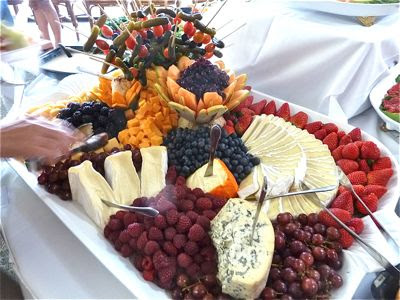 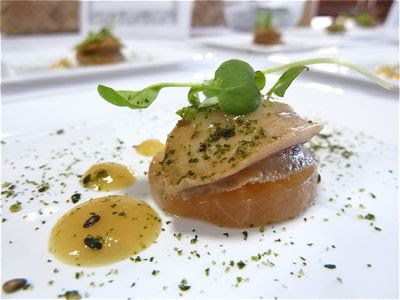 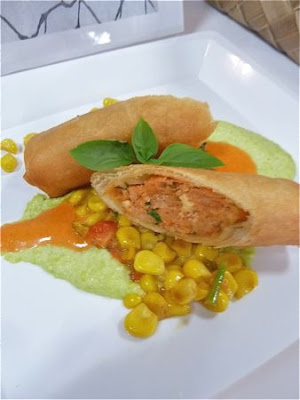 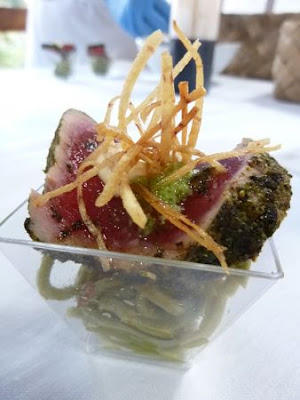 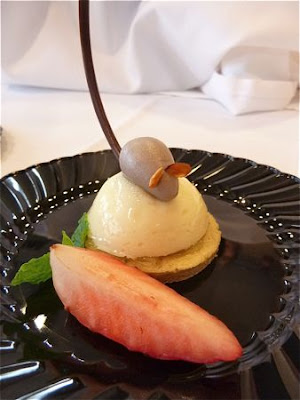 Someone took a humorous approach to dessert, serving up cheesecake over green tea cake, to the delight of a marzipan mouse. 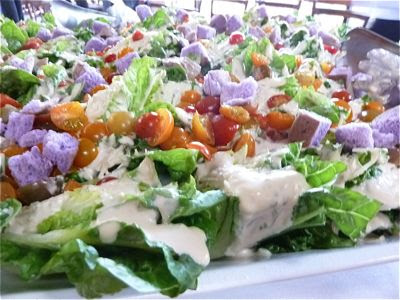 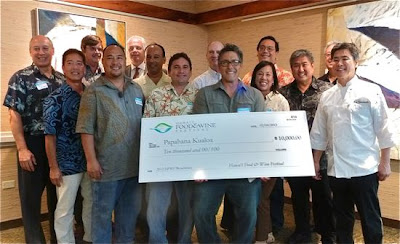 Rick Barboza shows the $10,000 check that went to Papahana Kualoa. 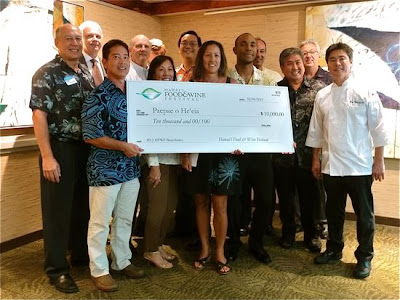