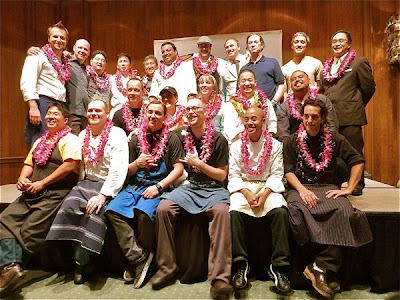 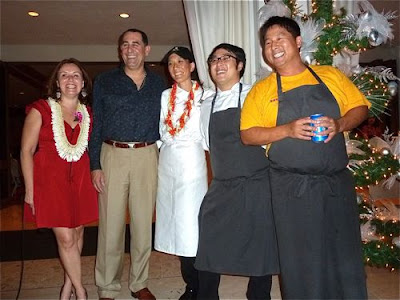 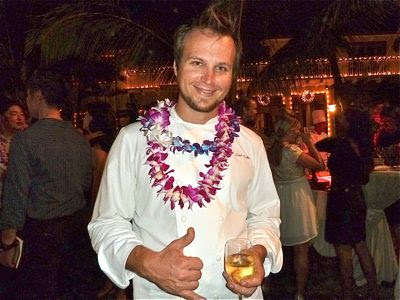 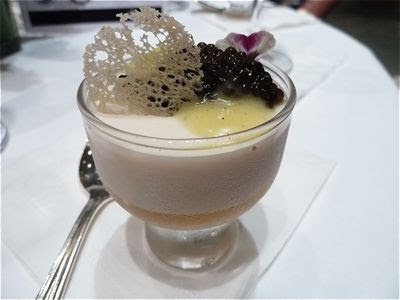 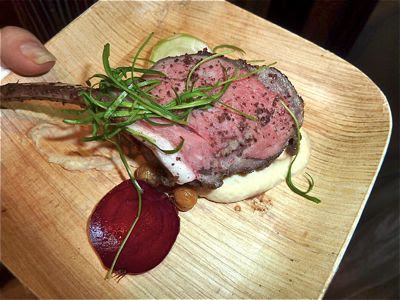 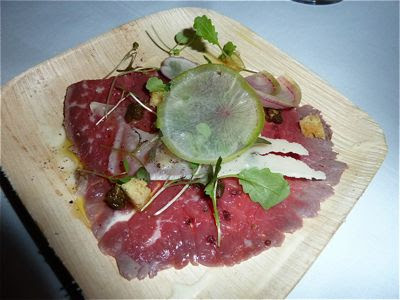 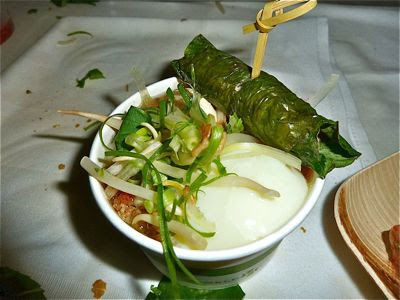 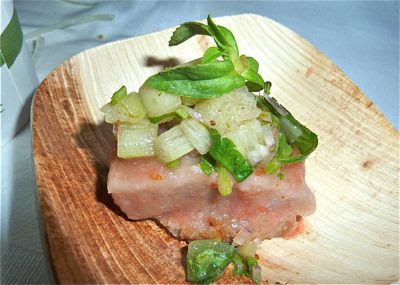 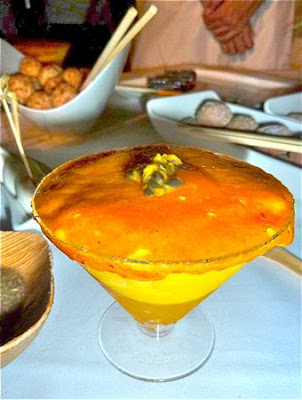 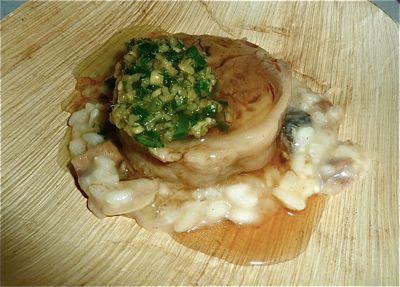 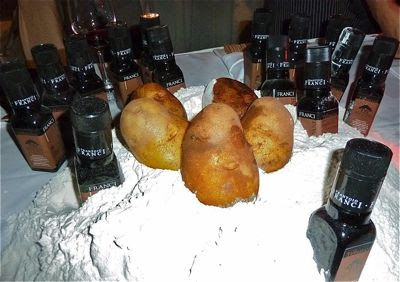 Nick Mastrascusa of Beach Tree at the Four Seasons Resort Hualalai presented gnocchi with oxtail ragout below, with a display of the simple ingredients, above. It inspired me to try my own experiment with gnocchi for dinner today. I always enjoy it at restaurants, but never tried making it. The gnocchi has been shaped, and a beef ragout is simmering on the stove. Can't wait to see how it turns out in a few hours. 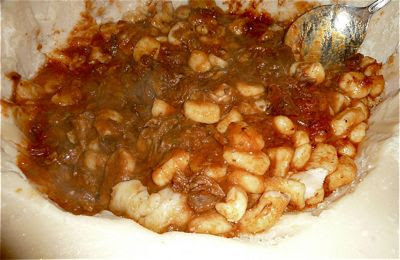 I had Nick's gnocchi at Beach Tree when I was at Hualalai for another event and it was so fabulous. Of course when you're at the restaurant, the plating is much more elegant than at a crowd event. 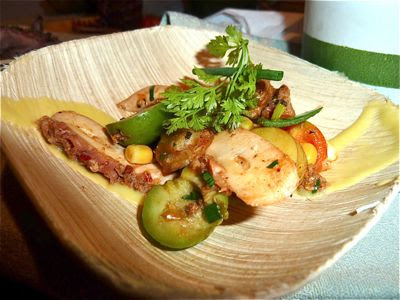 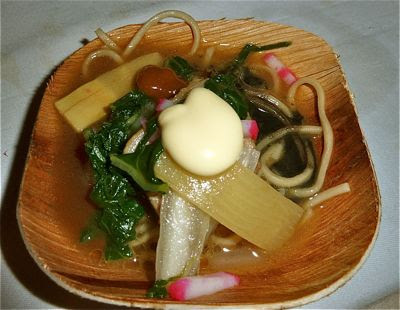 Sheldon Simeon of Star Noodle on Maui, offered his Hapa Ramen. Again, the presentation left something to be desired when compared to the actual dish, below, which I enjoyed at the restaurant in May. First of all, there's no clue as to why it's called hapa. 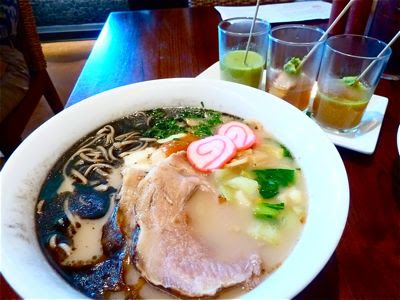 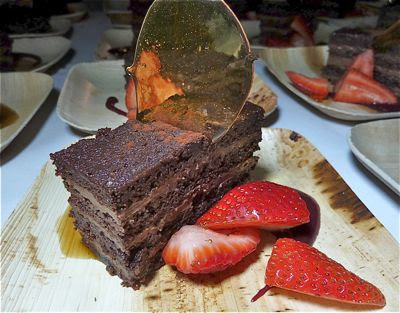 Pastry chef Elizabeth McDonald of Honu Seafood & Pizza on Maui shared her vegan chocolate mousse cake, made with garbanzo flour and potato starch, with mousse layers of chocolate and silken tofu.
Posted by Nadine Kam at 1:40 AM