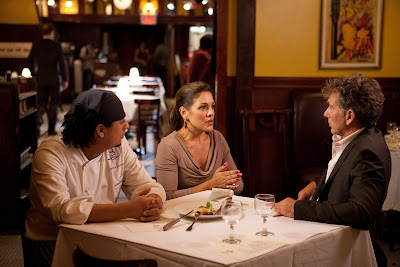 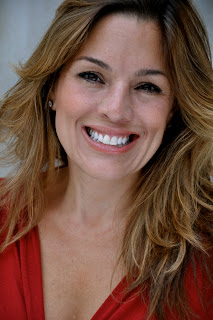 It wasn't too long ago that McCully was recruited for television herself. As a culinary expert working in marketing and public relations, she said, over time she'd hear about chefs who were leaving their jobs and chefs who were out of work, and started making recommendations to restaurateurs. In such a high-stakes industry, her recommendations were invaluable and she parlayed it into a new career, now as principal of Force of Nature Media.

A visit to L.A. to check out the culinary scene brought her to the attention of The Food Network, which had wanted to launch "Chef Hunter," but had been searching for someone like McCully for a year.

"I'm not a television person," she said. "It's my job to put my clients on TV. Before, no one ever cared about what I did for a living."

But she turned out to be a natural. "I'm not uncomfortable in front of the camera because I really believe in what I'm doing. I'm probably a frustrated executive chef myself."
Posted by Nadine Kam at 5:56 PM