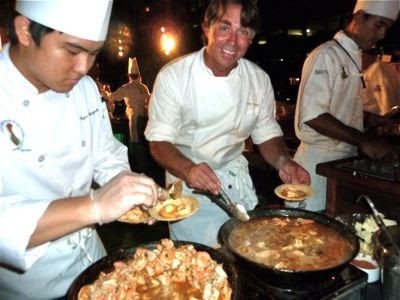 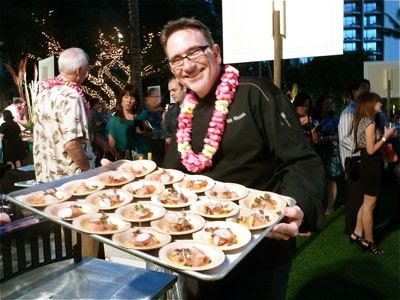 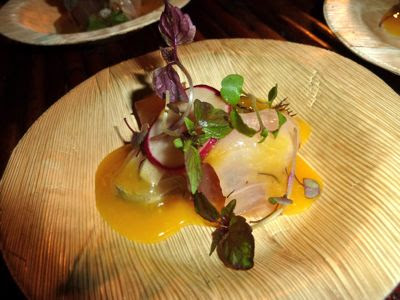 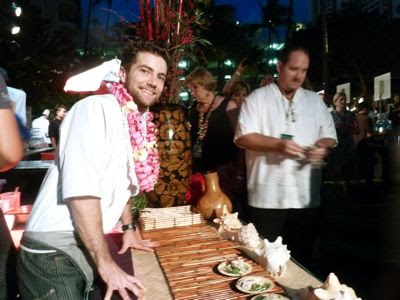 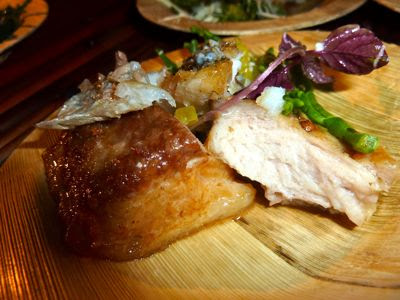 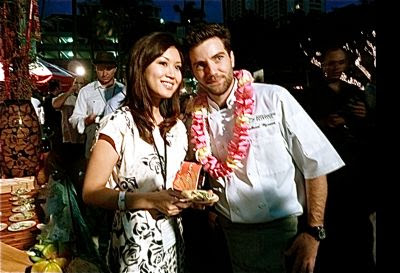 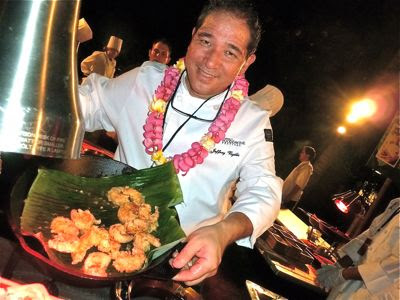 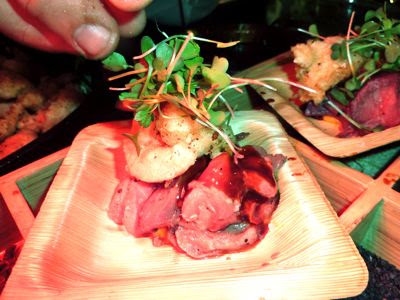 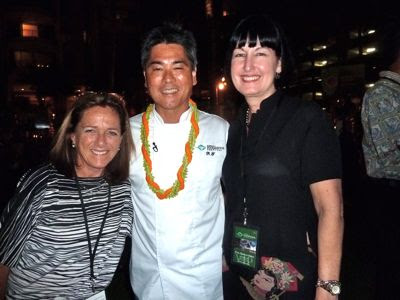 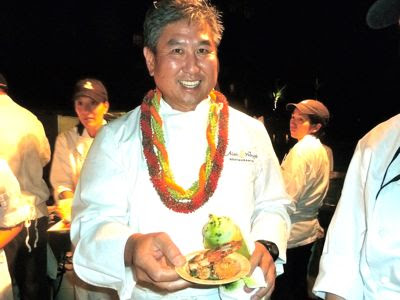 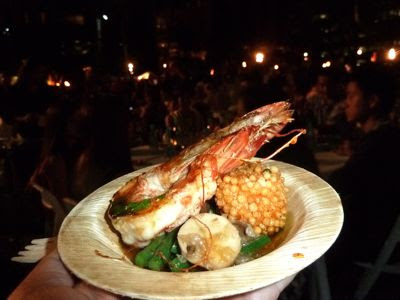 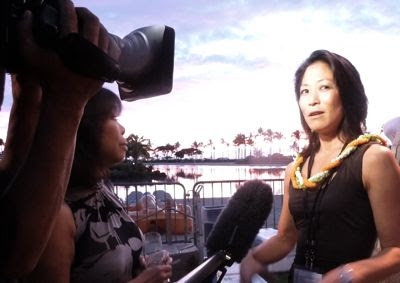 HFWF executive director Denise Hayashi is interviewed by Emme Tomimbang. The soon-to-be wife of Roy Yamaguchi was planning her nuptials while also helping to bring the inaugural festival to life. 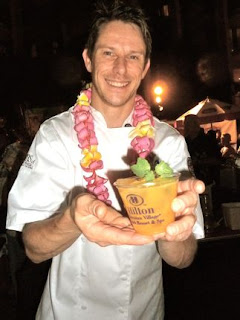 When it came time for liquid refreshment, mixologist Christian Self was there, creating PDTs and Don Tikis, the latter shown here. It was pretty potent! Recipes for both are at the end of the post. 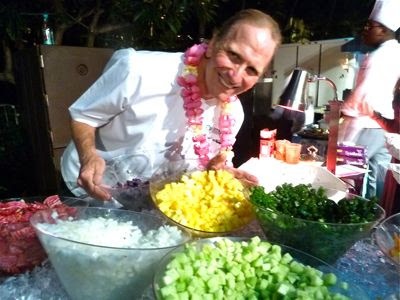 Michel Nischan of Dressing Room, in Wesport, Conn., with some of the 12 kinds of veggies and nuts that went into his splendid chopped salad that sat beneath equally splendid grilled ribs, below. 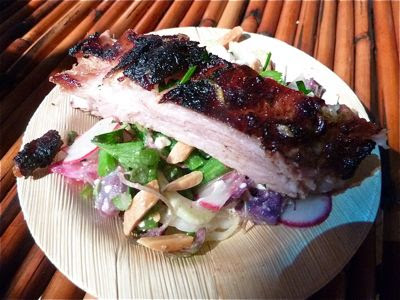 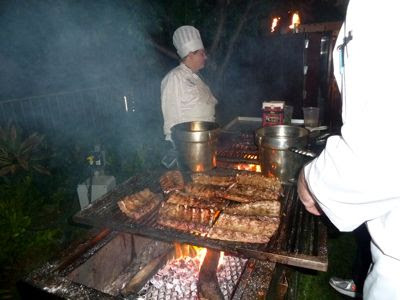 The fire was going behind Nischan's station. 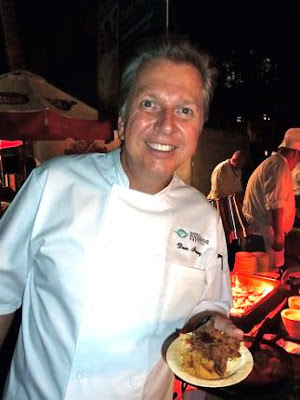 I'm not usually a fan of quail, but I enjoyed the light and crisp cornbread pudding batter that enveloped Dean Fearing's dish of chicken-fried Big Island quail. 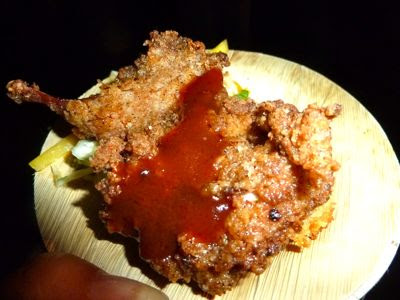 I was less enamored of the Texas barbecue sauce on top of the quail. 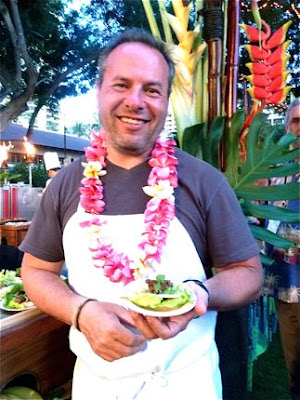 Michael Ginor, co-founder and chef of Hudson Valley Foie Gras and Lola, New York, created a Thai larb salad with foie gras, another of those dishes I wish I had tried. 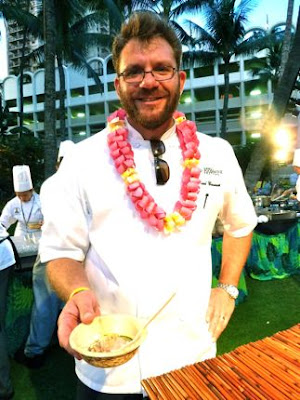 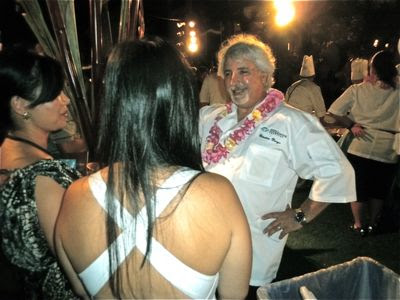 Celestino Drago of the Drago Restaurant Group, Los Angeles, talks with fans who were enjoying his Hawaiian wild boar sausage and pepeiau mushroom ragout over penne. 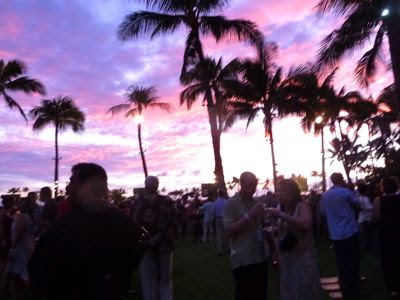 Those who managed to tear their eyes away from their plates for a few minutes would have seen a beautiful sunset.