Taste of Helumoa on Friday 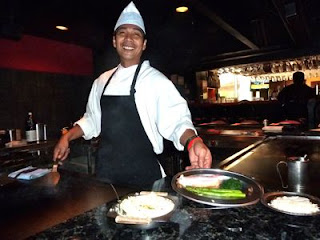 The second annual “Taste of Helumoa Food & Wine Festival” takes place from 6 to 9 p.m. Sept. 16 at the Royal Grove at Royal Hawaiian Center, with eight food-and-wine pairings by center tenants and Azure restaurant, plus coffee from Island Vintage Coffee and wine from Young’s Market Co.

Pre-sale tickets are $75, available at Lei ‘Ohu Guest Services near Royal Grove, or online at HonoluluBoxOffice.com. A limited quantity will be available at the door for $85.

I was able to taste some of the dishes last week, a diverse menu that features steak sliders from Wolfgang’s Steakhouse on toasty buttered French bread; P.F. Chang’s spicy chicken and fried rice combo; snapper carpaccio from Doraku Sushi; okonomiyaki with bacon and cheese from Chibo Okonomiyaki; roasted prawns with pecorino butter from Azure; caponata bruschetta from Il Lupino; and Hershey’s Chocolate Bar cheesecake from the Cheesecake Factory.

The tasting took place late in the afternoon, after lunch, so by the time it was over, I felt like they should have rolled me out of the restaurants, but everything was so tasty, it was hard to stop eating!

It's all for a good cause. A portion of the proceeds from Friday's event will benefit Aloha Festivals and the Hawaiian Legacy Reforestation Initiative. Call 922-2299 or visit www.RoyalHawaiianCenter.com. 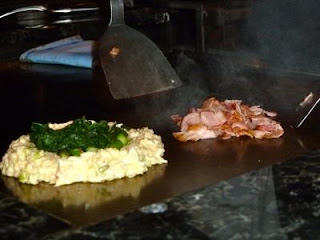 The cheese, egg and flour batter and vegetables that go into the okonomiyaki is topped with chopped spinach and asparagus, while the bacon cooks on the teppan. 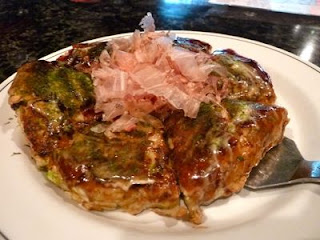 Topped with bonito flakes, slices of the okonomiyaki will be one of the dishes offered at Taste of Helumoa. 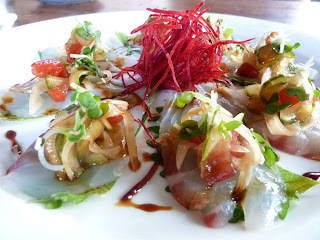 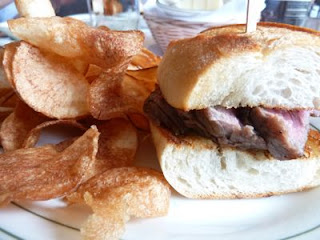 Steak sliders from Wolfgang's Steakhouse by Wolfgang Zweiner, served with housemade potato chips, will also be one of the selections, all paired with wine. 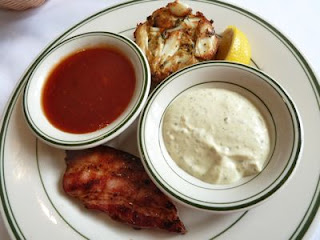 If you want to know where to find the best crab cake in town, it's not at a seafood restaurant, but at Wolfgang's Steakhouse. It's plated here with the restaurant's thick-cut Canadian bacon, another must-try. You might want to plan a follow-up visit to sample both. 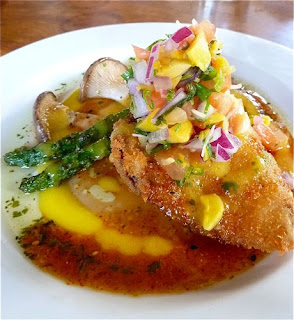 I also got a preview of Doraku Sushi chef Hide Yoshimoto's panko-crusted hamachi with mango sauce, oyster mushrooms, mango salsa, sweet-spicy ponzu sauce and sancho oil. So good, and due to arrive on the menu in a few weeks, along with other new dishes.
Posted by Nadine Kam at 3:12 PM