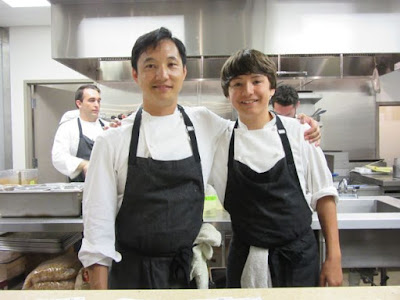 It’s a shame that more people were not able to experience chef Jonathan Mizukami’s food while he was at Vintage Cave, but prices there are prohibitive for most people.

The 99 percent had their opportunity to sample a smidgen of his wide-ranging capabilities when the chef presented a pop-up Pasta Café in the special events room at MW restaurant on June 22.

The Maui-born chef started his career at Roy’s Nicolina, then Alan Wong’s Restaurant before finding his into the world’s top kitchens, including The French Laundry; Ferran Adria’s El Bulli during that restaurant’s final year in Rosas, Spain; New York’s Per Se; Chicago’s Alinea; Gordon Ramsay in London; and Petrus (now Marcus), in London.

I had a wonderful birthday dinner at Vintage Cave last year, and among the dishes that blew me away was an elegant matsutake royale with juniper brown butter, black trumpet mushrooms and rosemary that conveyed the fall essence of a forest floor. Without knowing Mizukami's background at the time, I was impressed by his intellectual, well-considered approach to food. Hawaii rarely sees this level of mastery and artistry, that goes beyond the purely visual. 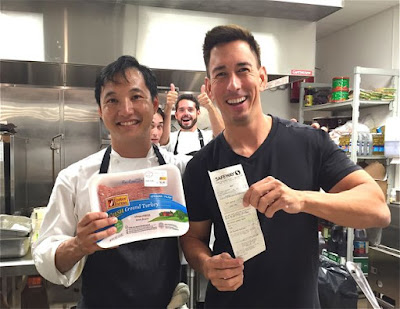 Photo courtesy Jason Kim
Jason Kim, a k a @Turkeyboy, lived up to his Twitter name by bringing in his own ground turkey, due to dietary limitations. Chef Mizukami obliged by preparing a simple, but wonderful pasta Bolognese for Kim, below. Of course I couldn’t resist taking a bite! 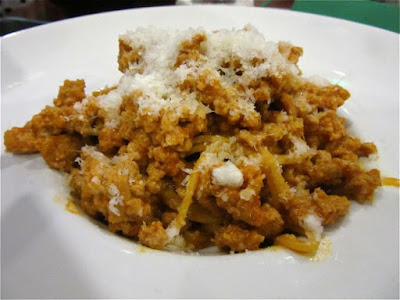 Guests were delighted by simple but well-executed dishes of gnocchi, hand-cut spaghetti and some dishes we’d never seen offered here, such as pillowy ricotta gnudi that turned out to be a new favorite of many, and toasted semolina cavatelli, a hot dog bun-shaped pasta that—without referring back to the menu—had people thinking they were mushrooms, as I was told.

I tasted it and was like, “This is not mushroom, it’s pasta.”

Sadly, everything was so good, and because it's hard to keep track of just how much you're eating when multiple small plates are involved,  I ate until my stomach hurt.

Hopefully, the next time Mizukami does something like this I’ll have more lead time to get the word out. 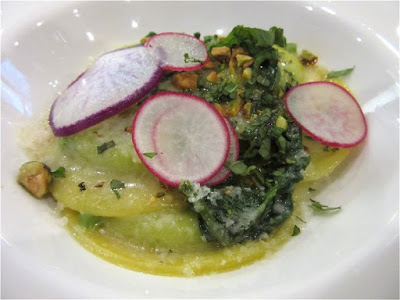 Mascarpone-enriched sweet pea ravioli with accents of mint and chopped pistachios was among my favorite dishes of the evening. 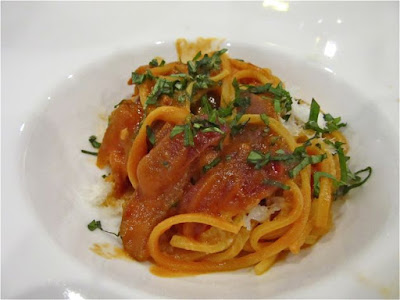 It is one you shouldn’t miss for the James Beard Award-nominated Leong’s divine confections. The two also recently opened B. On the Go cross the street from b. patisserie, to expand production due to popular demand for their kouign amanns and other pastries, as well as grab-and-go sandwiches.

My experience of the kouign amann, was being asked to bring some home from my last trip to San Francisco. I was like, WTF! Such a pain to stop here and there for stuff and bring them home, right? 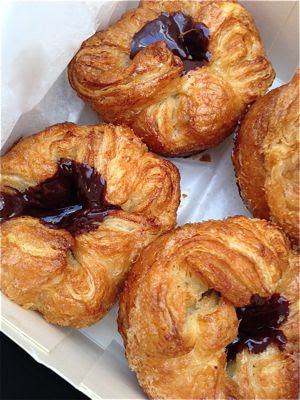 Chocolate-filled kouign amanns from b. patisserie.
So I picked it up en route to the airport 3 p.m. S.F. time, and while waiting for the plane had a nibble. Damn that was good! The buttery slow-baked Breton cake is as light as a croissant with a delicate, crisp caramelized sugar crust.

Got home. Headed straight from the airport to a dinner event, kouign amanns in hand. Meal ended at 11 p.m. and three of my friends and I found ourselves in the darkened parking lot surreptitiously gobbling up the pastries like junkies hiding from the other dinner guests who might be leaving.

It was well worth the side trip, but will be even better when we can enjoy a taste of b. patisserie by the light of day!

And yes, Belinda will be making those kouign amanns. No guarantee they’ll bake up the same in humid Hawaii, but given that it was still extraordinary after 11 hours on the plane and on the ground that one time, I’m guessing it’ll be at least as great as I remember. 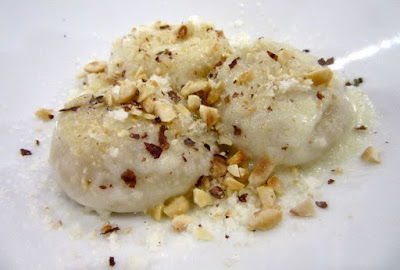 It took us a long time to order the gnudi, simply because we didn’t know what it was, but everyone was pleased to wrap their tongues around this literally “naked” dumpling of ricotta and Parmigiano-Reggiano and hazelnuts, devoid of pasta wrapper. Once we ordered one dish, two more rounds were requested. 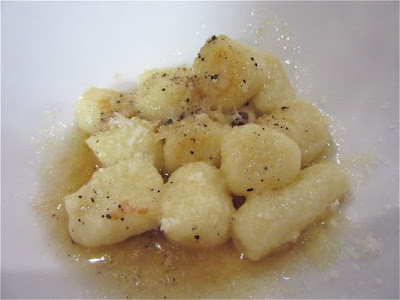 One person at our table said he never understood the appeal of gnocchi, but nevertheless enjoyed his fair share of Mizukami's hand-rolled Russet potato gnocchi with Parmigiano-Reggiano and brown butter. This was another dish that kept coming, about six platefuls for eight people. 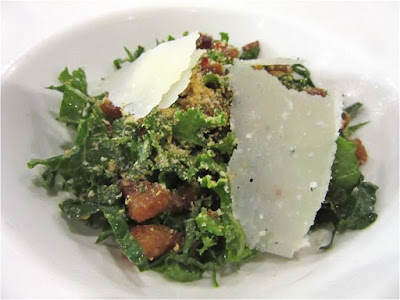 I also loved the shredded kale salad with bits of apple wood-smoked bacon, shaved Pecorino and the heat of chili flakes. 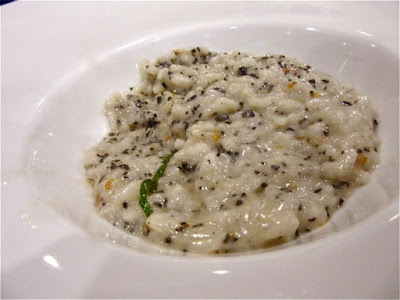 Black truffle and sea urchin risotto is one of those dishes people like or don’t like depending on their affinity for uni. I liked it just fine, but the urchin taste was too strong for some. Enriched with whipped cream and preserved Perigord truffles, it was the priciest dish of the evening, at $40. 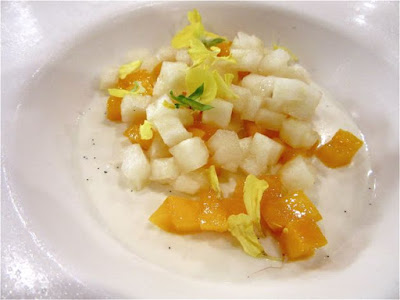 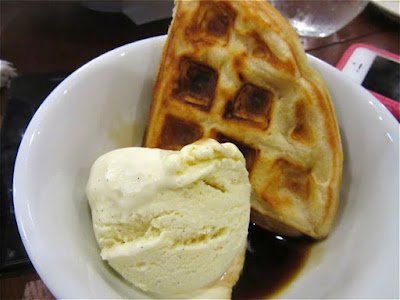 ———
Nadine Kam is Style Editor and staff restaurant critic at the Honolulu Star-Advertiser; her coverage is in print on Wednesdays and Thursdays. Contact her via email at nkam@staradvertiser.com and follow her on Twitter, Instagram and Rebel Mouse.
Posted by Nadine Kam at 6:42 PM