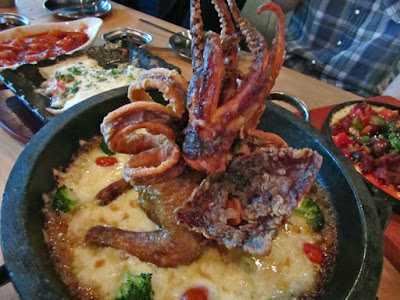 Back and forth I go, from serious eats last week, to the playful at Thank Q Pocha. Just after I said I have trouble with chefs playing with food, here’s a restaurant that carries the idea of play to the extreme. The difference is, Thank Q Pocha doesn’t give the impression of begging “look at me” or trying to reinvent cuisine. It’s just inviting the diner to have fun, and putting the diner first is a worthy pursuit.

The pocha is the Korean equivalent of the Japanese izakaya, so bring the party as food and drinks flow from 5 p.m. to 2 a.m. daily. 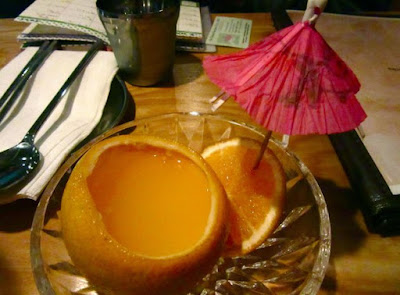 Drinks are a large part of the pocha experience. Orange and apple soju come in their respective hollowed out fruit “cups.”
The restaurant is in the space that was once home to Territorial Savings and later, Sushi San, on Kapiolani Boulevard, near the Bank of Hawaii Ala Moana Center branch. The first time I visited, I thought I was at the wrong place because the first word I saw painted on the glass windows was “Gracias.” But look some more, and you’ll find thanks in other languages as well.

If you’re after purely Korean flavors, this is not the place. The menu is a fusion of casual Asian and the American fast food, french fries ($5) and onion rings ($6) meets edamame ($5) and toppoki, the tubular, chewy rice cake ($8 to $15), with cheese apparently the newly annointed food crush overseas.

It’s a place for the young, those whose bodies are still able to process those myriad cheese dishes, the fried chicken specialties, carb-laden toppoki and shareable stew platters that fill the menu. 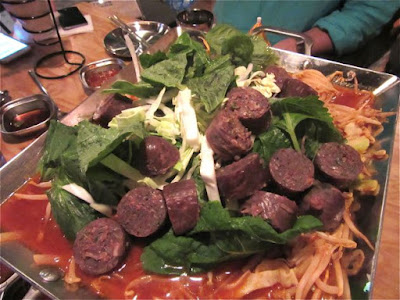 The spicy Military Stew ($35) features phó ingredients over ramen, topped with chap chae-filled blood sausage. Five people could not finish this dish, and the remnants are tossed with rice to create a fried rice more comforting to this westerner than the stew itself. 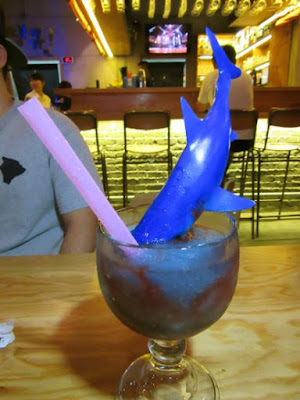 The premium and literal Shark Attack features strawberry puree "blood" poured from the mouth of a plastic shark you get to take home. 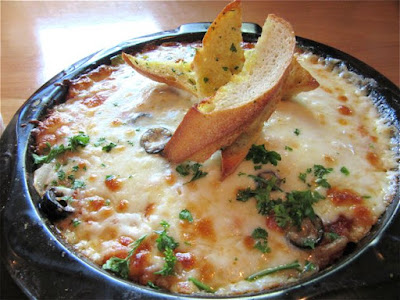 Spoon pizza has a lot more cheese than garlic bread to go with it. 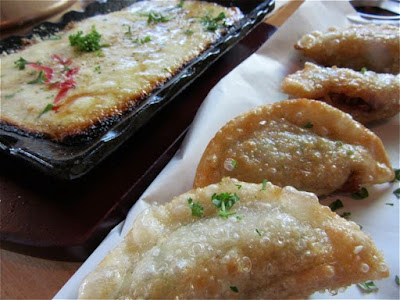 Fresh mandoo and more cheese, with butter and corn, layered over a few grains of rice. 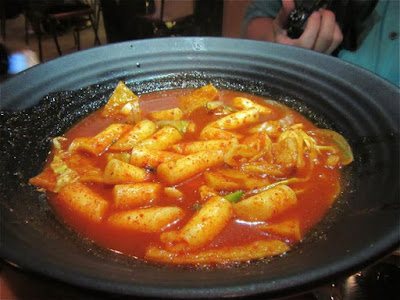 I’m not a big fan of toppoki, the chewy mochi tubes, because I’m not a big carb fan, but someone had to have the basic dish. 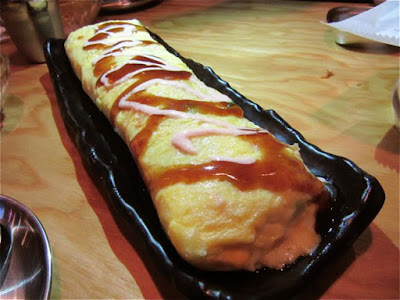 A light, fluffy and giant shareable omelet was one of my favorite dishes. 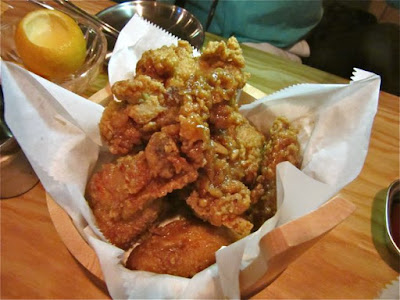 Garlic fried chicken was much more flavorful than the sweet-spicy fried chicken, below. When I ordered it, it was undersauced so looked nothing like its picture. 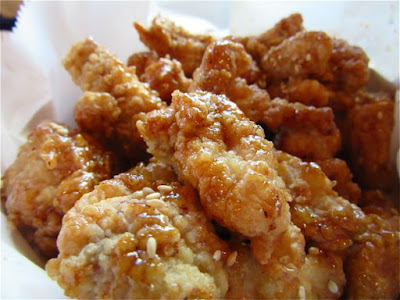 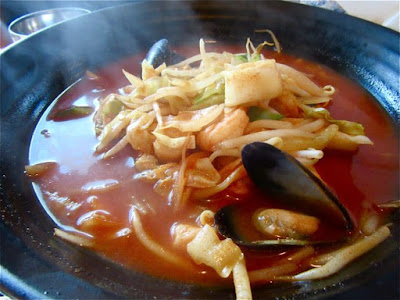 The steam rises above spicy seafood soup, another favorite. 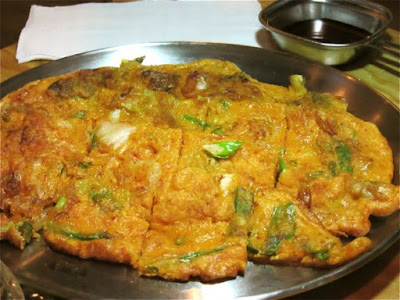 The Korean pancake was more flour than filling. You know how I feel about carbs.

———
Nadine Kam is Style Editor and staff restaurant critic at the Honolulu Star-Advertiser; her coverage is in print on Wednesdays and Thursdays. Contact her via email at nkam@staradvertiser.com and follow her on Twitter, Instagram and Rebel Mouse.
Posted by Nadine Kam at 4:38 PM