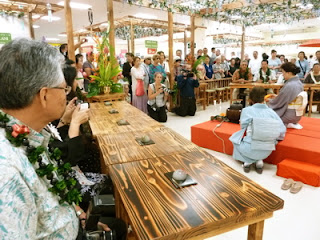 On the heels of Shirokiya's Yataimura opening last month comes Meika Plaza, another of its innovations anticipating the store's 350th anniversary next year.

Festivities began at 9:30 a.m. July 24, when shoppers poured in to check out the plaza's 30 confectionary booths, with a trellised seating area to accommodate those enjoying mochi, sweets and beverages from the vendors, including Yoku Moku, Saint Germain, Ginza Kikunoya, Tokyo Fugetsudo, and more.

Appealing to Hawaii's sweet tooth will likely make it an instant hit.

There were samplings, demonstrations in the making of Tokyo Marunouchi rolls and Ginza Petit Custa mini filled doughnuts, and highlighting the day were tea ceremonies presented by the Urasenke Foundation, slated throughout the day.

Tea ceremonies will continue to be featured at least one Sunday a month.

Meika Plaza is in Shirokiya, on the mall level. 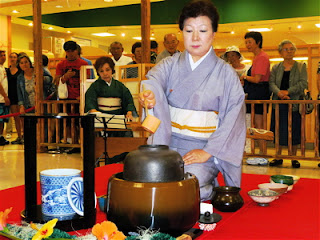 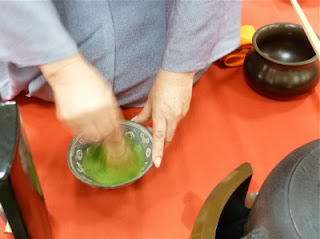 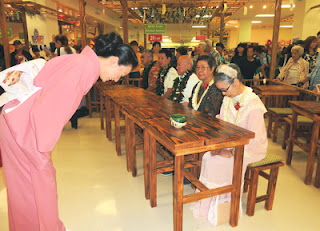 Hostess and guest demonstrate respect and hospitality with a bow. 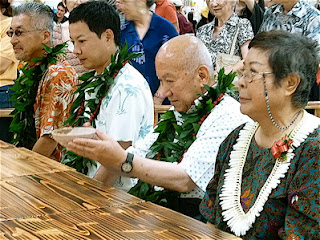 Guests also examine the tea bowl to show their appreciation of craftsmanship and a host's good taste. 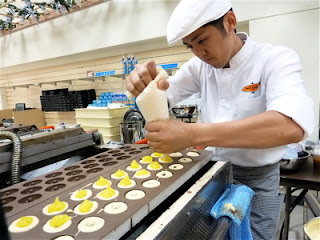 At the Ginza Petit Custa station, a worker fills molds for the mini doughnuts, below. 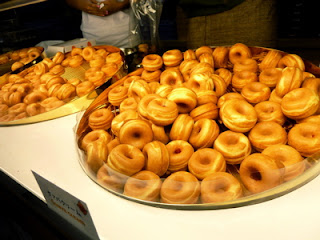 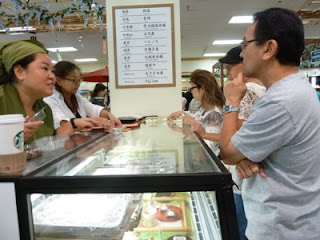 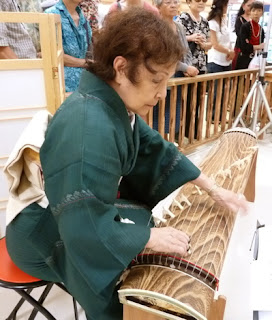 A koto player provided music for the grand opening festivities.
Posted by Nadine Kam at 7:59 PM