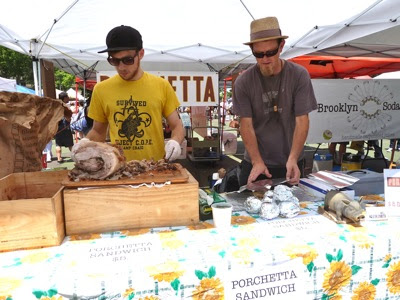 Nadine Kam photos
When I first saw the Porchetta display, I thought it was too hot a day for pork, but I had to try it. Super delish and shot with herbs and bits of crispy skin, for $5. At Brooklyn Flea at Fort Greene, 176 Lafayette Ave.

Intended to take a vacation from eating on my vacation and hopefully shed some pounds while on foot in New York, but that's been impossible when good food is everywhere and every restaurant has its menu posted outside to tempt pedestrians.

Then there's flea market fare at the Brooklyn Flea and Smorgasburg in Williamsburg. Headed to both events today, getting sunburned in the process—something that never happens in Hawaii because I'm always indoors working—but it was worthwhile to sample a pork sandwich from Porchetta at the former, and see the array of artisanal options available at the latter, an offshoot of Brooklyn Flea. The weekly Saturday Smorgasburg, at the East River Waterfront, launched in late May and will continue through Nov. 19.

There's everything from teriyaki to Thai to tempeh. You can read more about it: 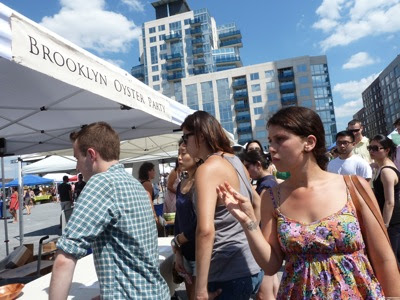 The longest lines at the Willamsburg Smorgasburg were for oysters and slush. 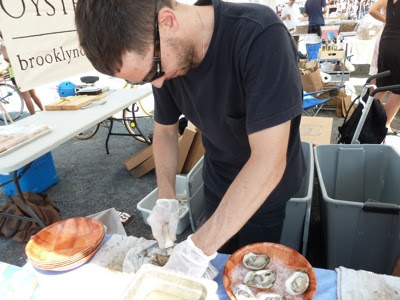 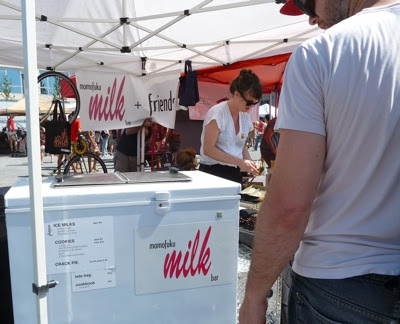 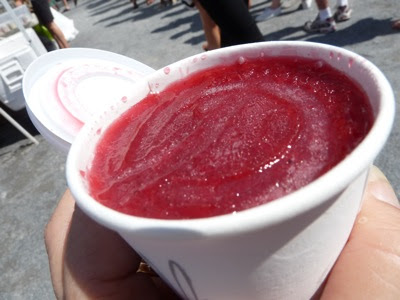 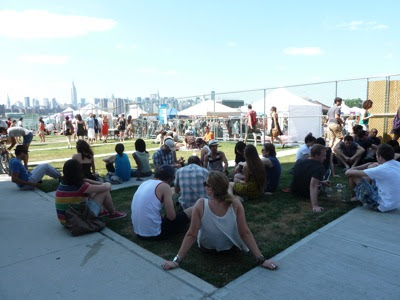 It was a super hot day today, so people relaxed in a little spot of shade just outside the gated Smorgasburg in Williamsburg. 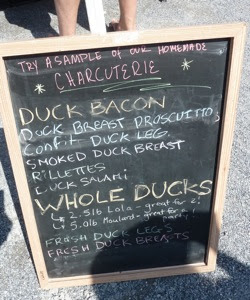 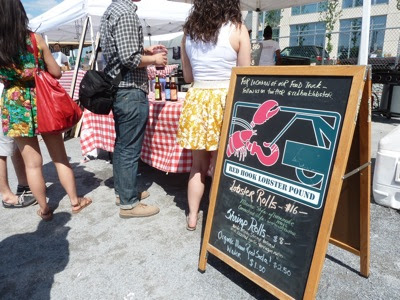 I wish I had been hungry enough to try the lobster roll! 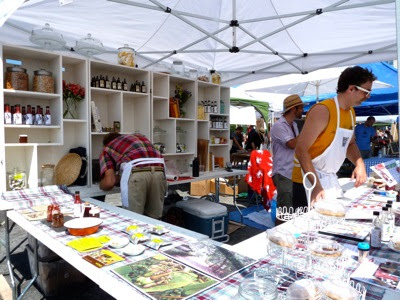 Nuts and sauces were offered at this well-organized booth. 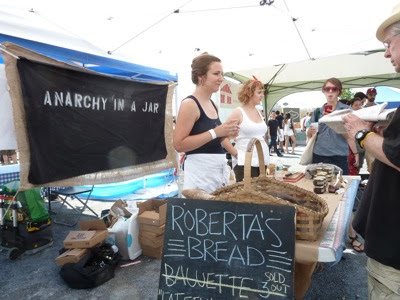 Jams, including one of rhubarb and hibiscus, below, are offered by Anarchy in a Jar. 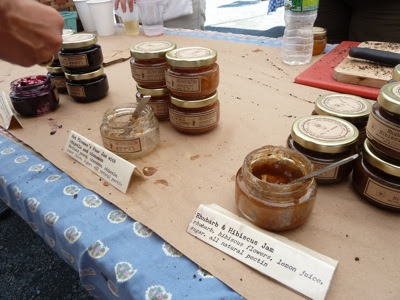 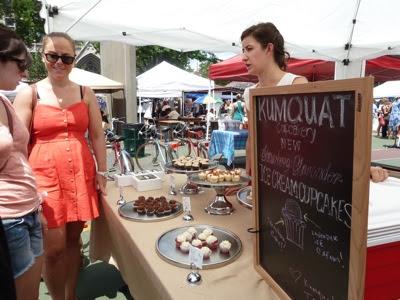