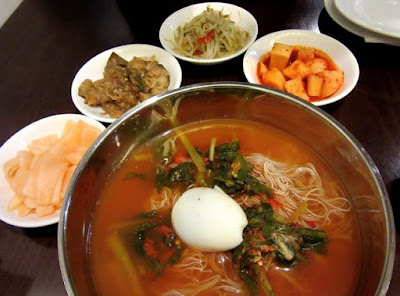 I wasn't very interested in Sea Dragon's various shape-shifting evolutions, from Sea Dragon Table to Chukaya Sea Dragon Table, because I just didn't find the Japan-style Chinese cuisine as good as our own. After one visit, I just never went back. Even when the name changed slightly every few years, that old "once bitten-twice shy" phobia had set in and I wasn't going back until a major rehaul happened.

So I was surprised when a friend wanted to take me there, saying it had changed to Korean cuisine. The Sea Dragon name is still there, but attached to it is Cold Noodle Restaurant. The perfect draw for another hot summer.

And it turns out, the food is the best being offered on this site since the Shanghai dumpling restaurant Jin Din Rou brought this corner to life in 2011. My review is in the paper today.
——————
Sea Dragon Cold Noodle House is at 1491 S. King St. Call 941-2929. 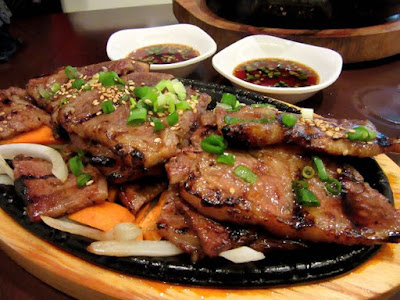 I've been seeing "L.A. galbi" popping up on more Korean menus lately, which is what this bone-in cut is called in Korea. But it's also been Hawaii's style for years due to the proliferation of Korean fast-food and casual restaurants, vs. the all-meat wang galbi, or "king's cut" galbi available only at high-end restaurants. Sea Dragon's is plenty meaty for our taste. 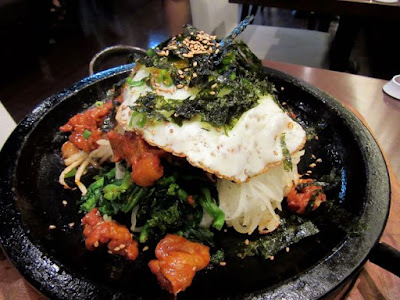 The start of the spicy pork stone pot bi bim bap, before all the ingredients are mixed together on the skillet to make what is essentially fried rice with nice crispy crust. 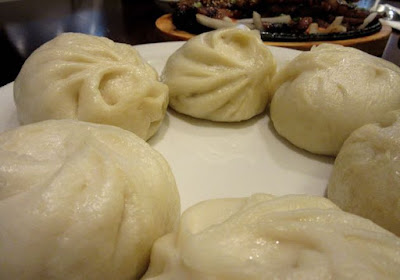 One thing I didn't care for here was the steamed mandoo, veggies served in a Chinese-style bao bun. Too much carbs without an equal flavor payoff. 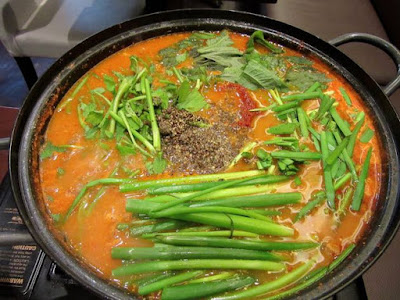 Goat stew is not for everyone because the meat is as gamey as lamb. The goat meat shares the pot with sesame seeds, green onions, chives, water parsley and kkaenip, also called sesame leaf in Korea, although it is more closely related to mint than sesame, and has a strong herbal taste that I liked less than the goat.