Wake up to breakfast at Taco Bell 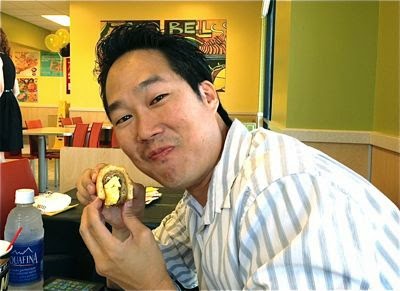 Taco Bell Hawaii stores are opening a lot earlier than usual with the launch of an all-new breakfast menu, the biggest roll-out for the brand, with 13 items geared especially toward commuters who need a quick, portable and affordable meal to start their day.


The national launch is March 27, but Hawaii Taco Bell fans could get a taste one day early at select drive-through Taco Bell locations as follows:


For morning commuters, the cleanest of the new offerings is the Breakfast Burrito, with scrambled egg and meat (your choice of bacon or sausage patty) neatly folded into a large flour tortilla.

More specific to the brand are such original offerings as a Waffle Taco, with scrambled egg and your choice of bacon or sausage, enveloped in a waffle "shell." They recommend pancake syrup to go with the waffle, but you could also get salsa, ketchup or hot sauce to go with the savory filling.

A favorite during a media preview that took place March 25 was the A.M. Crunchwrap filled with scrambled egg, hash browns and one's choice of bacon, sausage patty or steak. When cooked just right, the hash browns deliver a crunch just as statisfying as that of "Candy Crunch."

For transparency, nutrition information is available at www.tacobell.com 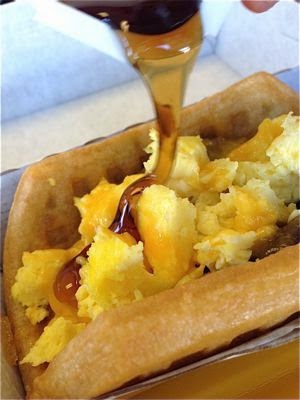 The Waffle Taco is doused with syrup. Depending on your taste, salsa, hot sauce or ketchup will also work. 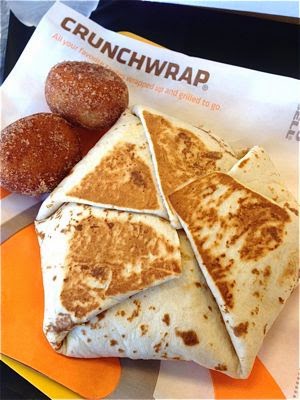 The A.M. Crunchwrap was a favorite of tasters with its center of hash browns, scrambled egg and bacon. There are also sausage and steak options, priced from $2.99 to $3.29. You can also order desserts of Cinnabon Delights with soft frosting centers. 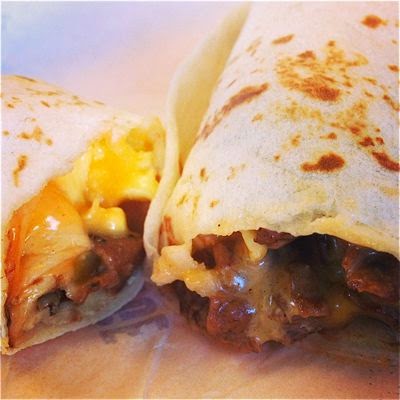