Bon Appetit! A tribute to Julia Child at the Kahala 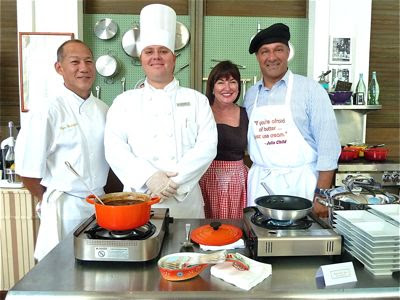 Julia Child's 100th birthday is being marked by celebrations around the country in honor of the woman who awakened the first foodie stirrings in many an American housewife in the 1960s, by sharing her passion for French cooking in her debut cookbook, "Mastering the Art of French Cooking," written with Simone Beck and Louisette Bertholle, and television programs including "The French Chef," which premiered in 1963. She opened the door to what was then the unfamiliar, paving the way for every generation of chefs to come.

The Kahala Hotel has devoted a month of menus in honor of Child and the glories of French cooking, highlighted by "A Tribute to Julia Child" James Beard Foundation benefit dinner Aug. 12; and the Aug. 18 "Kahala Food and Wine Festival: A Celebration of France"; and participation in the national Julia Child Restaurant Week ending Aug. 15, but that here will continue through the end of the month. During the Aug. 12 dinner, special guest Mitchell Davis, executive vice president of the James Beard Foundation in New York will share his personal anecdotes and reminisces about Julia Child.

The hotel hosted a media preview Aug. 7, with executive chef Wayne Hirabayashi cooking up Julia's boeuf bourguignon in the hotel's lobby, dressed to replicate Child's mid-20th century kitchen, from blue pegboard for her pots and pans, to hand-painted cabinetry and vintage appliances.

As nice as it would be to taste food as Julia cooked it, Hirabayashi said the recipes had to be adapted because, frankly, our tastes have evolved over 50 to 60 years and most of us would be unable to stomach the amounts of butter and cream she used in her recipes, not over several courses anyway. He marveled that she died two days shy of her 92nd birthday in 2004, living to old age in spite of those ingredients we've come to consider bad for us. We surmised it had a little to do with a combination of enjoying life and great meals accompanied by red wine. 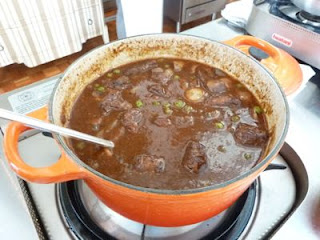 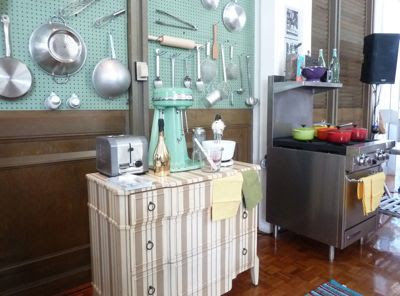 An area of The Kahala's lobby has been redone to replicate the ambience of Julia's kitchen. General manager Roseann Grippo said many of the utensils and equipment came from her home, though her kitchen does not look like Julia's at all. 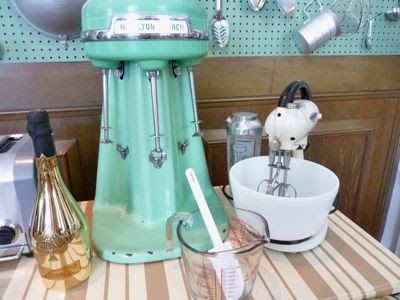 One of the countertops was set with a vintage Hamilton Beach milkshake mixer, circa 1940s and other mixers and kitchenware from the era. 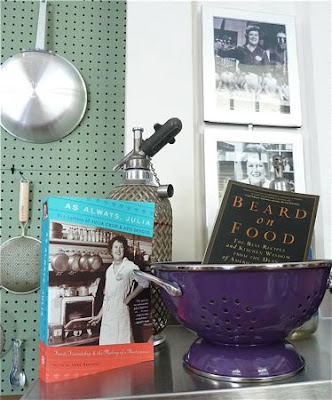 Julia's presence in books and photos. 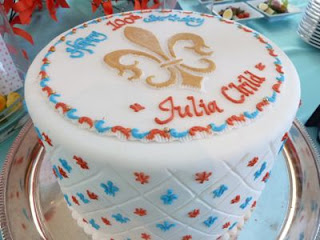 The Kahala's pastry chef Michael Moorhouse's cake celebrating Julia will be done up in three rectangular tiers during the James Beard dinner Aug. 12. 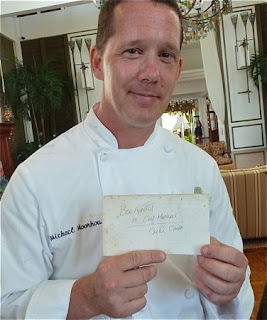 Moorhouse had two close encounters with Julia Child. One was at the James Beard House where he was representing the Drake Hotel's Restaurant Lafeyette. He remembers she attended the dinner with her husband Paul and wore a Chanel suit. The second time, he was lucky enough to get her autograph. 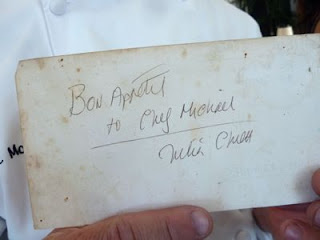 In talking up the five-course dinner benefiting the James Beard Foundation from 5:30 to 10 p.m. Aug. 12 in the Maile Ballroom, general manager Roseann Grippo tempted us with promise of a "three-story" cake created by pastry chef Michael Moorhouse, but he clarified later that it will be a three-tier cake and he's experimenting with Julia's recipe for a Chocolate Marquise cake with orange buttercream between the layers, and fondant finished with a fleur-de-lis flourish.

But before dessert, guests will enjoy:

The tribute will continues with the "Kahala Food and Wine Festival: A Celebration of France," open to the general public from 7 to 10 p.m. Aug. 18, at a cost of $100 general and $150 VIP entry an hour earlier, with advance reservations. General admission at the door will be $125.

For those who prefer being in the kitchen, Kahala's "Université Pattiserie–Better with Butter" will offer the ins and outs of French cooking, from 9 to 11 a.m. Saturdays at Hoku's. Classes coming up are:
Aug. 11: French desserts
Aug. 25: Braising and basting techniques.
Sessions will be followed by Tea in The Veranda lounge from 11 a.m. to 2 p.m.
The cost is $85 for adults (includes graduation certificate, apron and The Veranda Classic Tea experience). Call (739-8760 or e-mail restaurants@kahalaresort.com for reservations.

Check the www.kahalaresort.com for details on nightly "Parisian Pleasures" dinners at The Veranda, "Better With Butter" teas Aug. 25 and 26, the Hoku's Chef's Table: A Grand Experience offered Thursdays andSundays, "Bounty of the Seven Seas: The Regions of France buffets Friday and Saturday evenings at Plumeria Beach House, and more.

Here's a link to all the events: 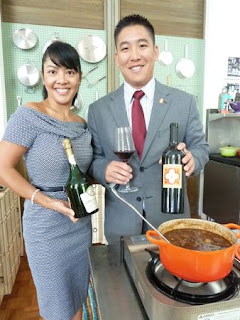 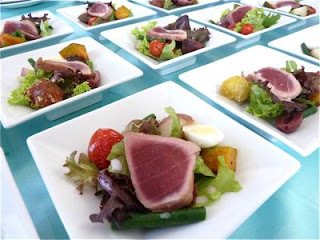 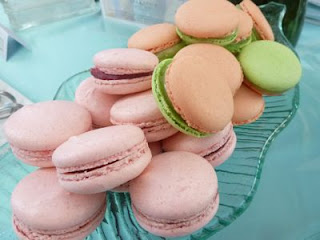 A selection of macarons from Moorhouse had fillings of pistachio and apricot, lilikoi and chocolate yuzu. 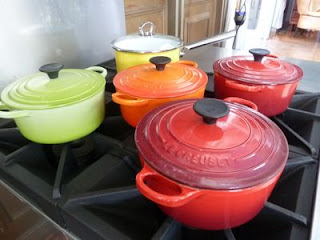