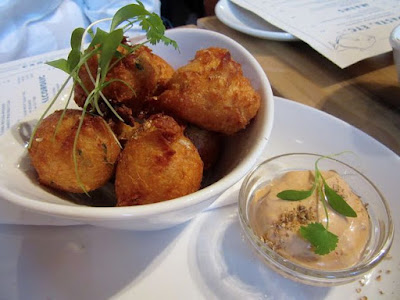 Nadine Kam photo
Bacalao fritters served with a mild harissa aioli are among the highlights on the evening menu at Fête, the newest addition to the ever-growing Downtown food scene. Chicken liver mousse was another favorite.

I have eaten at so many poorly managed restaurants in the past year that I feel a little gun-shy when visiting an eatery for the first time. If I walked into a new establishment with no expectations in years past, I now walk in with skepticism.

A restaurant run by professionals has become a rarity as barriers to entry have been broken down by food trucks and popups, and so many who graduate to bricks and mortar appear to be winging it.

But, sitting down to dinner at downtown Honolulu’s newest restaurant, Fête, and speedily plied with greetings, menus, ordered drinks and pupu in spite of the full house, I breathed a sigh of relief. Yes! Obviously, professionals at work, and diners are responding. Barely a month old, it's packed, making reservations a must.

Even though Fête is a first-time effort from the husband-and-wife team of Chuck Bussler, who serves as general manager, and Robynne Maii, executive chef, the two have lengthy backgrounds in food service.

Maii’s extensive culinary métier starts with such local restaurants as 3660 on the Rise and Padovani’s Grill, leading to New York’s Waldorf Astoria. She’s also been an educator and worked for Gourmet magazine as a research assistant and "Truth in Labeling" columnist. The couple met in New York, where Bussler worked at several restaurants over time, including Savoy, Blue Hill and Prune. 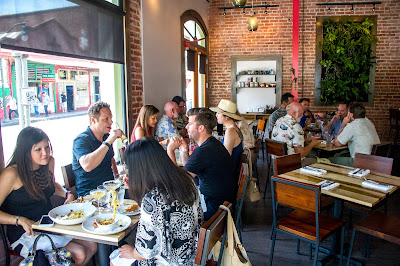 Craig T. Kojima photo
I’m already a sucker for Chinatown’s brick walls and picture window storefronts, but the additions bring warmth and a modern sophisticated grace to the early 20th century space. It’s a restaurant that could fit in easily in San Francisco’s or Brooklyn’s food scene, but we’re the lucky ones.

Fête’s artisanal menu is short and sweet to keep service manageable for the kitchen. In spite of its brevity, there’s no shortage of good ideas, so you’ll probably be hungering for all 11 lunch dishes and 16 dinner items, plus a handful of sides and desserts. This is a place where it’s just as pleasant ordering a few small grazing bites before a night at Hawaii Theatre, as it is sitting down for a full meal.

The bar is similarly curated with a handful of old-fashioned cocktails, predominantly local craft beers, and an eclectic roster of small production wines from around the globe. 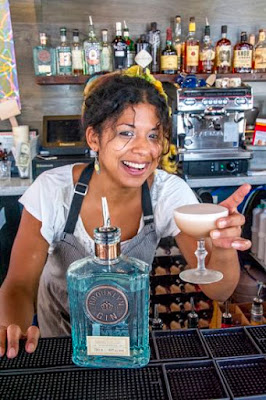 At the bar, Mari Maffioli created a Clover Club cockktail, that includes Brooklyn Gin, a shout-out to the city the owners' once called home. 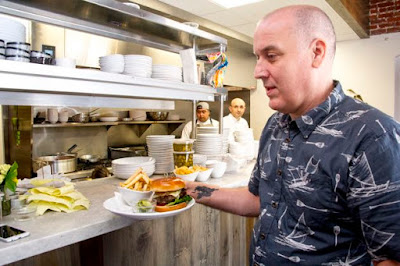 Owner Chuck Bussler takes a hands-on approach in running the restaurant, and to date, the staff has been equally capable. This should be a given, but alas, so rare in this town. 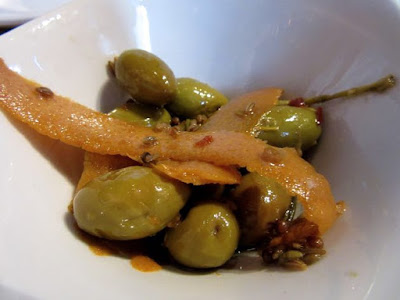 Nadine Kam photosMarinated olives accented with orange zest was a delicious amuse bouche. I could have eaten these all night. 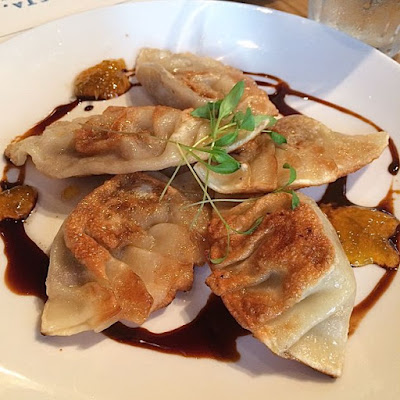 There wasn't enough foie gras to be satisfying in a foie gras gyoza appetizer. 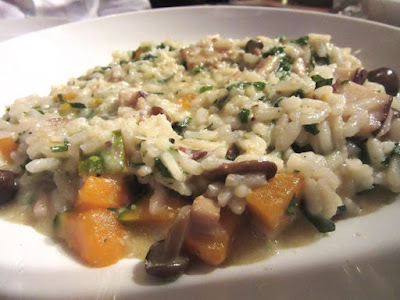 Kabocha squash risotto (recently, $23) isn't very sexy, but delivers a healthier take on the rice dish, with curly kale and shiitake, shimeji and maitake mushrooms that also give the dish texture. 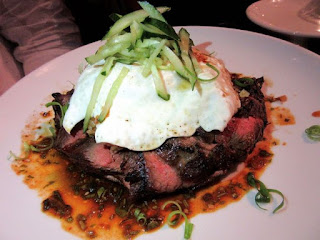 Maii shows her Korean heritage with a dish of grilled kalbi-marinated bavette ($28), the steak flavored with a mild touch of kochujang sauce and layered over flavorful fernbraken and mungbean sprout fried rice. The dish is topped by an overeasy egg and cucumber namul. 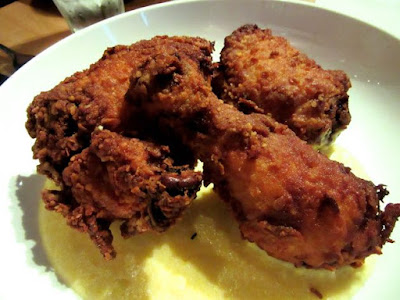 If you can get past an unusually hard shell, you might enjoy the juiciness of Fetê's fried chicken. I think a lot of people would appreciate a change in the batter.

——————
Nadine Kam is Style Editor and staff restaurant critic at the Honolulu Star-Advertiser; her coverage is in print on Wednesdays and Thursdays. Contact her via email at nkam@staradvertiser.com and follow her on Twitter, Instagram and Rebel Mouse.