The way we eat, according to Google, Zagat 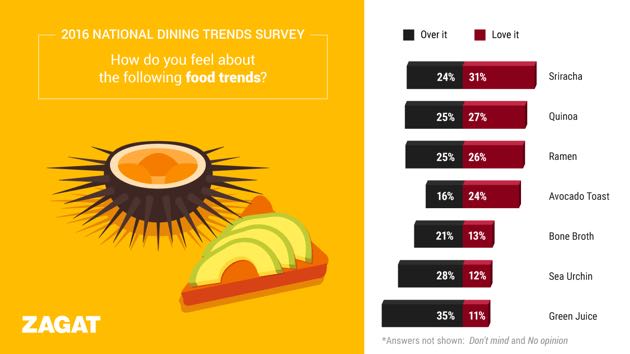 Zagat graphics
Americans love Sriracha; green juice, not so much.

Google launched a study in cooperation with Zagat today regarding dining in cities across the United States, including Honolulu, and here are some of the findings on our dining out habits and preferences:

Respondents in Honolulu estimated they eat out (for breakfast, lunch or dinner) approximately 5.8 times a week.

Honolulu residents spend an average of $32.12 per person for a dinner out at a restaurant, tipping approximately 18.5 percent for service. In comparison, the national average per person is $36.30 and average tip is 18.9 percent. 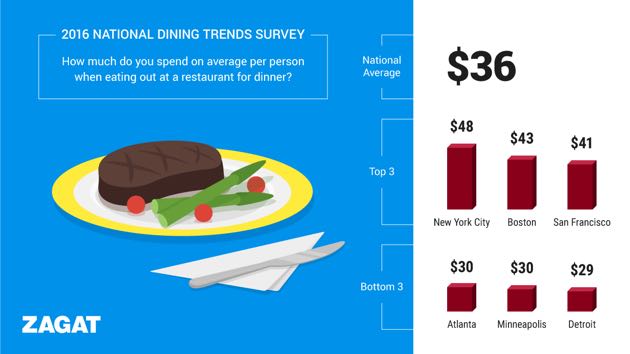 Although Honolulans tend to eat out frequently, we're not big spenders on a per-visit basis, spending $32.12 per person, when compared to our fellow Americans' expenditure. 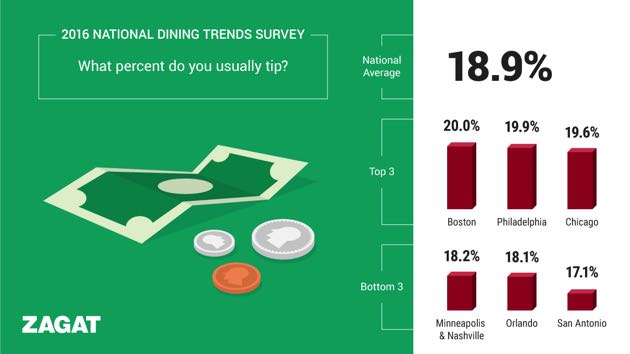 We’re not the biggest tippers either, ranking close to the bottom with our 18.5 percent average tip.

That is not a shocker, but a pretty high number considering that I speak to many of these self-proclaimed “foodies” who won’t even eat fish and many other basic ingredients, not due to any health or allergy reason, but just … because.

I would say a foodie needs to have a willingness to try all food, which is necessary to form a baseline of culinary experience and flavor profile knowledge. I know people with aversion to onions, for example, who will never understand the alchemy of raw onions in a hamburger, or those who won’t eat cilantro, who can’t appreciate how much it adds to salsa.

You can find a link to the survey at zagat.com/diningtrends, or take a look at this video.

—————
Nadine Kam is Style Editor and staff restaurant critic at the Honolulu Star-Advertiser; her coverage is in print on Wednesdays and Thursdays. Contact her via email at nkam@staradvertiser.com and follow her on Twitter, Instagram and Rebel Mouse.
Posted by Nadine Kam at 6:34 PM