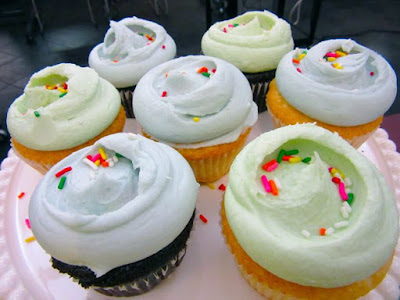 Nadine Kam photos
Magnolia Bakery will bring its renowned cakes, pastries and pies to its Honolulu bakery and cafe operation, set to open Nov. 12 at Ala Moana Center.

Magnolia Bakery's Chief Baking Officer Bobbie Lloyd was in town a few weeks ago, in the test kitchen at Y. Hata, to make sure recipes she created in New York, would work with Hawaii’s weather and humidity when the renowned bakery opens its first United States bakery and cafe operation at Ala Moana Center Nov. 12.

It’ll be a twofer as there will also be a standalone bakery operation as well, serving to-go clientele so that sit-down customers will be insulated from the crush of patrons lining up for cupcakes, pies and other confections.

“Everything’s turning out perfect,” Lloyd said, as she pulled out pies, brownies and cupcakes from the ovens.

A fan of vintage desserts, Lloyd inherited the baking gene from her mom. “I’m from the midwest suburbs of Chicago. My mom was a baker, and back in the 1950s and ’60s, you wouldn’t dream of showing up at someone’s home without a cake. My mom always had a cake, or cookies, or pie, ready to go.” 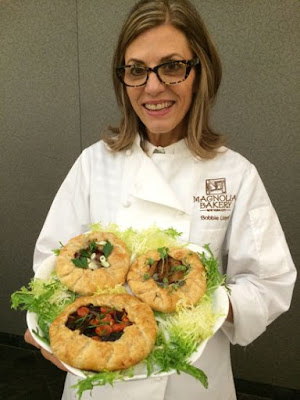 Magnolia Bakery's chief baking officer Bobbie Lloyd was in town a few weeks ago testing recipes to make sure they work in Hawaii's climate. She'll be back for the grand opening.

Lloyd received formal chef’s training at Boston’s Modern Gourmet Cooking School, and her passion for the kitchen arts led her to open her own restaurant, American Accent, in 1980s Boston.

“The concept was, if you saw it on the table, we made it. We made our own ketchup, pastas, breads, spice blends, jams and jellies. It was difficult to make money that way but it was such good idea that I had to do it.”

She went on to work as a private chef for Calvin Klein, then service manager at Union Square Cafe before joining Magnolia Bakery in 2007. It was a good fit. Magnolia Bakery had been founded in 1996 with the idea of serving classic American baked goods, opening in New York’s West Village. The little bakery grew a local following, but won international attention from appearances on “Sex and the City” and other New York-based TV programs and films. Magnolia has since expanded its business worldwide. 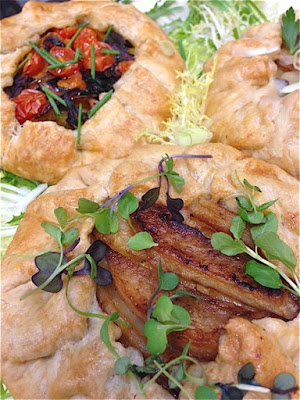 'Nolia pies will make their debut in Honolulu. Featured here are pear and vegetarian options.

The cafe brings Lloyd full circle to her chef’s roots, as she insists, “I’m not a pastry chef and never call myself that. I’m more of a home-style baker, but I approach my work like a pastry chef.”

Her title of Chief Baking Officer came from an encounter at London’s Heathrow Airport, when an immigration official looking at her travel papers saw her title of President of Magnolia Bakery, and sniffed, “No one’s the president of a bakery.”

“And I thought, ‘She’s right!’ It’s way too serious, so I knew it was time to change that.”

In creating the menu, Lloyd transformed some of Magnolia’s most loved cakes and cupcakes into other forms. The Hummingbird, a Southern classic that seems to be made for Hawaii because of its combination of tropical pineapple and bananas, with pecans, will be available in pancake form. Its sweet cream cheese icing will become a thick syrup. 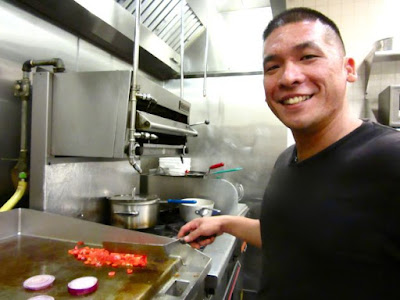 Low attended Leeward Community College before studying pastry at the Western Culinary Institute in Portland and going on to work at Gary Danko in San Francisco. Coming home “just worked out for me,” he said. “I’m like a lot of the generation of local chefs that have traveled out, seen what is out there, got the training, and are bringing it back home.

“My role is making sure that what goes out of our kitchen is consistent with the New York brand.”

Though with a few local twists. Lloyd said she was happy when she heard of Hawaii’s love of pork, which inspired two additions to the menu, a pulled pork skillet of creamy grits, jalapeno and cheddar with the pork on top, and a pulled pork biscuit sandwich.

She’s left wiggle room in the menu for Low to play with local and seasonally available ingredients to keep things interesting. A kale salad might incorporate asparagus and peaches in the summer, then switch to butternut squash in the fall.

She’d long desired to add breakfast and meal service at Magnolia, knowing that “People love breakfast and they like eggs all day.”

—————
Nadine Kam is Style Editor and staff restaurant critic at the Honolulu Star-Advertiser; her coverage is in print on Wednesdays and Thursdays. Contact her via email at nkam@staradvertiser.com and follow her on Twitter, Instagram and Rebel Mouse.
Posted by Nadine Kam at 3:11 AM