The 'Secret' is out 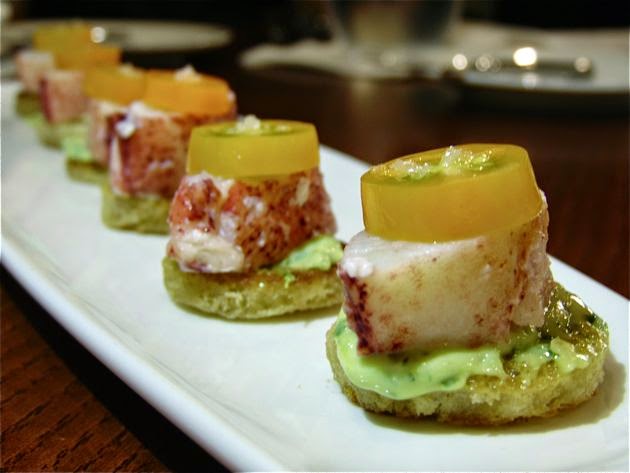 Foodies are a restless lot. While others are content with their teri beef plates, loco mocos and poke bowls, the foodie is constantly prowling about, sniffing out the best new thing to put in his or her mouth.

Instead of waiting for things to happen, foodie Sean Morris seems to enjoy prodding chefs to make things happen. He’s a fan of secret and hidden menus, full of dishes chefs are capable of creating apart from their regular menus, and arranged such a meal at MW restaurant for 10 of his fellow food enthusiasts.

But when he found out Thursday’s dinner would be held in the restaurant’s new, adjoining private dining room, he thought it might be a waste of owners Wade Ueoka and Michelle Karr-Ueoka’s time, so to make it worthwhile, he promised to fill the 40-seat room. A simple post to Facebook did the trick, with fellow foodies shelling out $70 apiece to partake in the special dinner. 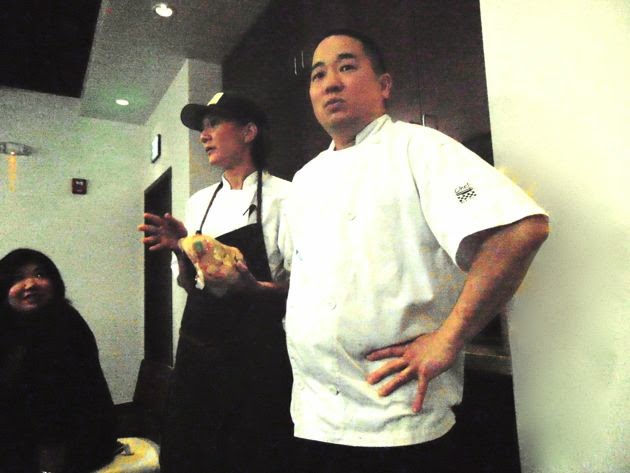 In the spirit of fun and with a little bit of showbiz flair, the Ueokas introduced the dinner with a mystery brown paper bag containing a secret ingredient that would permeate the meal. And, ta-da, from out of the bag, they pulled a foodie favorite, foie gras.

My aim here is not to tease, but inform, so I wanted to let you know you can enjoy any of the secret menu dishes with 48-hour notice. You might also want to note the Kona lobster cannelloni was the consensus savory-side hit of the evening. 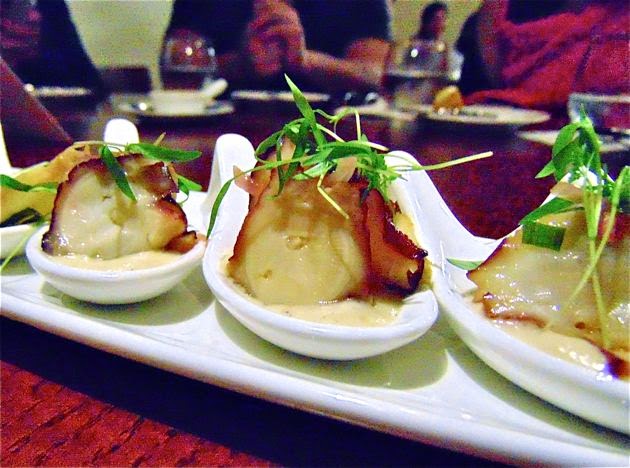 Smoked tako canape, and below, arancini. Before dessert’s arrival, we were also treated to airy potato beignets. 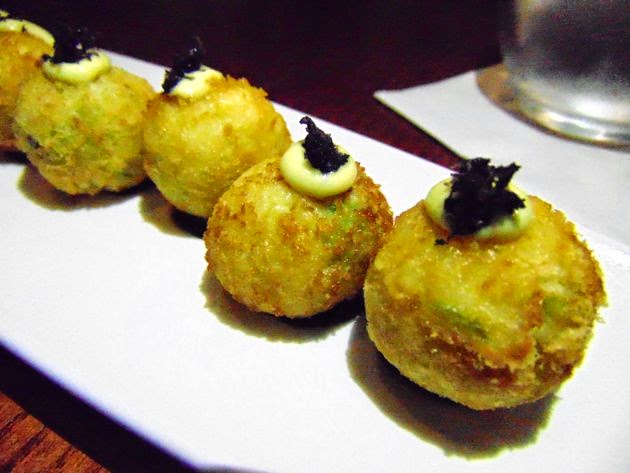 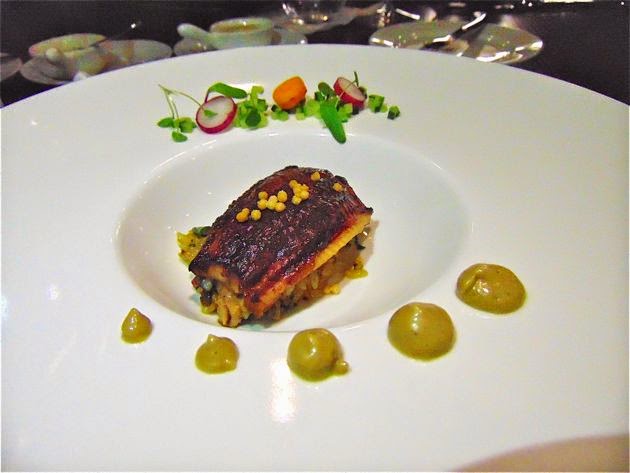 Kabayaki unagi over foie gras fried rice was the first of the main courses. 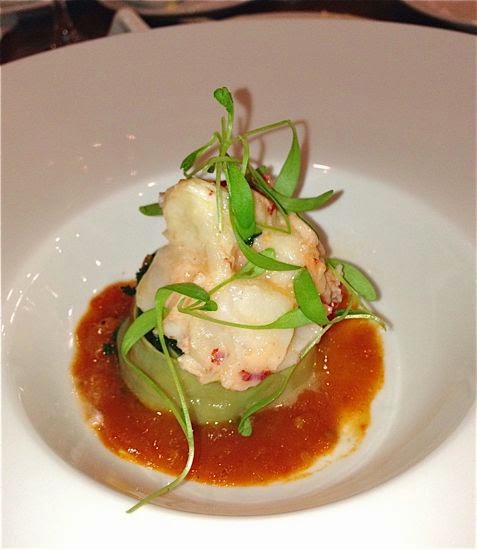 Kona lobster-filled cannelloni was also crowned with the shellfish and served with a tomato ragout, the savory-side hit of the evening. 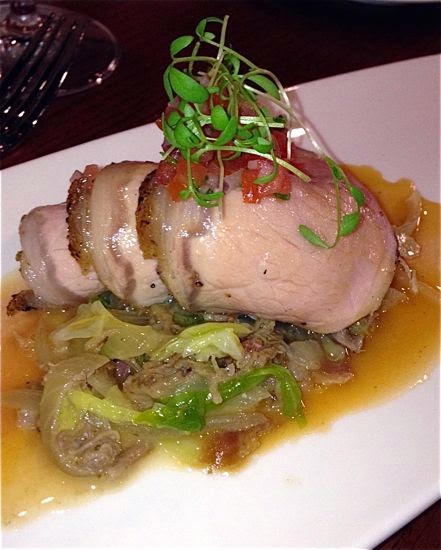 Smoky Kurobuta pork loin in an upscale dish of kalua pig and cabbage was the most filling dish of the evening. 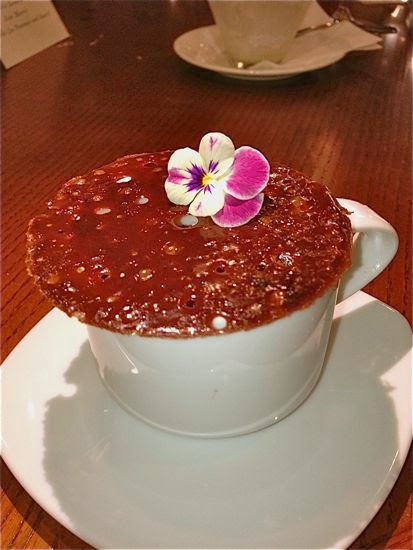 Beneath the chocolate tuille was “one way” of Waialua chocolate mousse served “two ways.” The one in the cup was in standard mousse form, although at first glance I thought it was a souffle and was surprised when I slipped in my spoon. The other “way” was dehydrated mousse.

The evening left many asking when the next secret dinner would take place. There are at least five restaurants interested in hosting the next dinners, and right now, one every other month seems to be a workable goal. And of course they will take place at restaurants Morris — whose taste is most in line with mine out of everybody I know — loves.

You can stay informed by following Sean Morris on Facebook or @incurablepicure on Twitter.
Posted by Nadine Kam at 6:49 PM