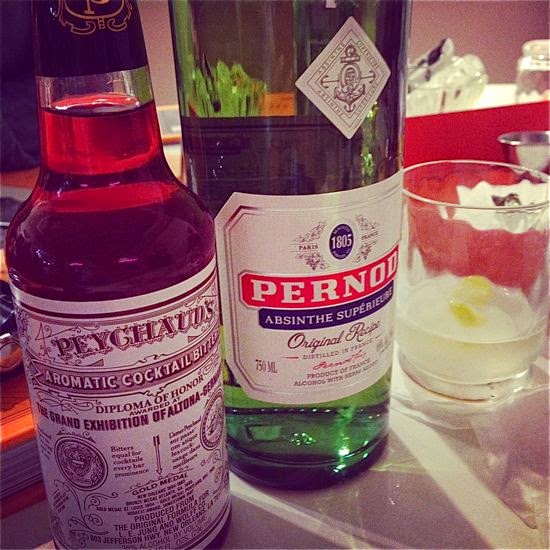 Nadine Kam photos
Bitters and absinthe that went into sazeracs on the menu during Jennifer Fiedler’s demo at CookSpace Hawaii.

CookSpace Hawaii put students in a holiday frame of mind during a Nov. 21 class presented by Jennifer Fiedler, author of “The Essential Bar Book: An A-to-Z Guide to Spirits, Cocktails, and Wine, with 115 Recipes for the World’s Great Drinks” (Ten Speed Press, $19.99).

Yup, that’s the full title, and the book lives up to its promise as a valuable compendium that will help anyone shake or stir up cocktails like a pro.

My late husband loved a great bar. Me, not so much, but I’d humor him and go along. So it was that we once headed to New Orleans to sample sazeracs in the place of their origin. He was an avid reader and romanticized the louche lives of some of his favorite authors and poets, always seeking out the same experiences, the sum of which I credit for his early demise.

He would have loved to know that thanks to Fiedler, I now know how to make a sazerac, one of the recipes on the menu during the session entitled “Shaken, Stirred and Something Different.” With a lighthearted approach to the bar, Fiedler, a former editor at Wine Spectator magazine, made it all accessible and fun, throwing in some history for good measure, so that I now see the beauty of this creative alchemy. 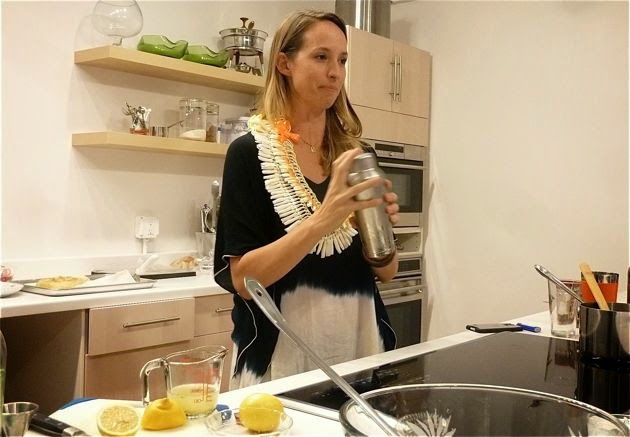 Jennifer Fiedler shakes a French 75. See recipe at the bottom of this post.

As we sipped gimlets, she launched into her French 75 that she describes as “basically a Tom Collins with the soda water swapped out for champagne,” giving it a festive touch perfect for holidays.

And she pointed out the misguided logic of James Bond’s “shaken, not stirred” martini, which she said defeats the beauty of the drink, for which she said the aim is “to keep clarity and viscosity.”

Shaken cockails would include such “cloud”-causing ingredients as juice, cream or egg whites that when shaken, change the drink’s texture, adding froth and air bubbles.

The class had the opportunity to shake and stir their own cocktails after the demos, and let’s just say as the evening wore on there were a lot of happy, giggly campers. 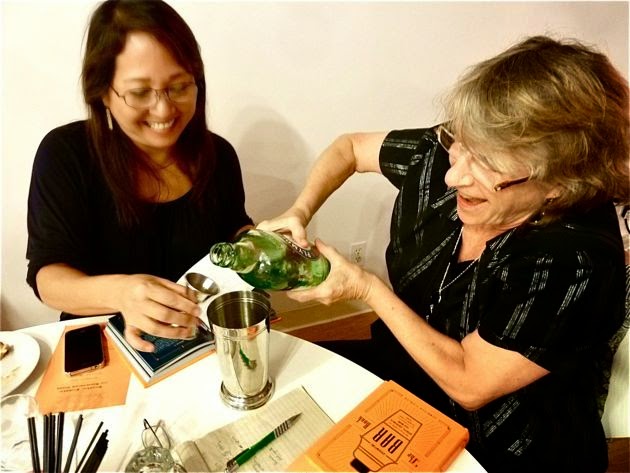 What, me measure? After measuring in the proper amount of gin, some students skipped the jigger and poured a little extra to make their own version of the French 75, named after a World War I gun as a reference to the drink’s metaphoric lethalness. 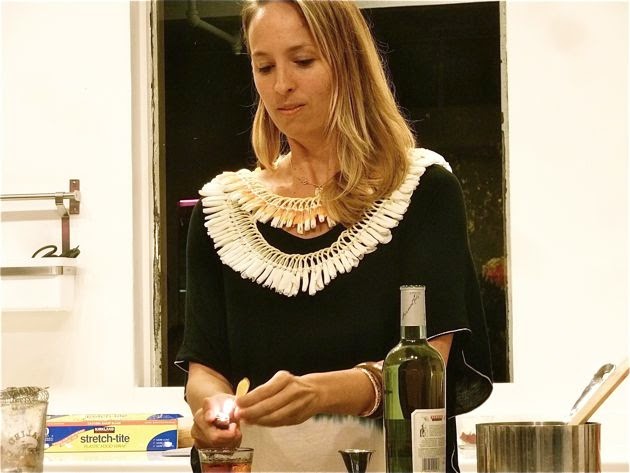 Fiedler lights a lemon peel to add drama to garnishing a sazerac. 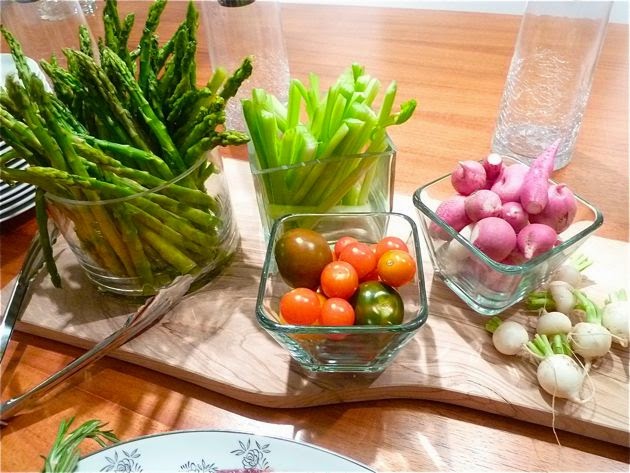 Presentation of crudite and antipasti platters offered a few ideas for dressing a holiday table. 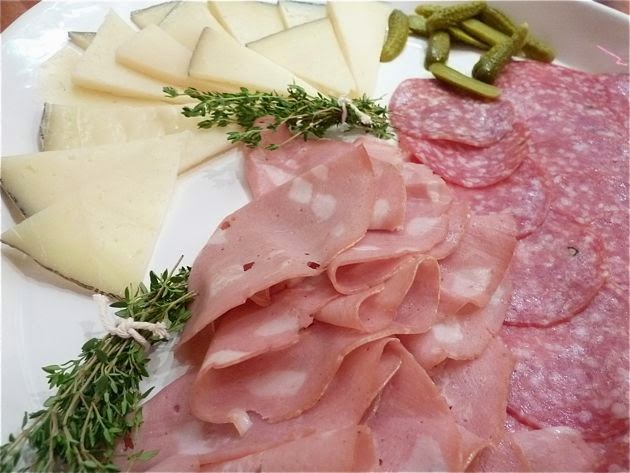 Add first 3 ingredients to a cocktail shaker. Add ice and shake until chilled. Strain into a coupe or flute and top with sparkling wine. Garnish with a long curling peel of lemon.

Note: Most of us students thought it was too much sparkling wine. A thinner layer would give the drink the festive, bubbly effect without losing the rest of the cocktail.

In a rocks glass, add a dash of absinthe and swirl to coat. Discard. In another rocks or mixing glass, muddle sugar cube (or teaspoon of sugar or 1/4 ounce of simple syrup) with soda water. Once dissolved, add rye, bitters and ice, and stir well.

Strain rye and bitters mixture into the absinthe-coated rocks glass. Garnish with a lemon peel.

Also, a taste of the holidays:

Add first 10 ingredients to a mixing bowl and blend with an electric mixer. Refrigerate until ready to use. When ready to use, warm mugs by filling with hot water. Let stand a minute or two then discard water.

Add 1 tablespoon batter to each mug. Top with 2 ounces hot tea and stir to mix. Add 1 ounce of rum to each mug, then top with 2 more ounces of tea. Rum will form a 1/4-inch cream over top of drink. Garnish with whole star anise if desired.

Note: The pumpkin pie spice flavors and the heat of the cayenne are strong and not for anyone with a milquetoast palate.

Email ThisBlogThis!Share to TwitterShare to FacebookShare to Pinterest
Labels: cocktails