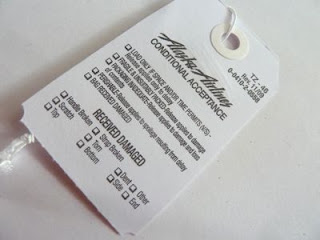 It's almost a miracle that I got my camera back this week, 10 days after leaving it on the Alaska Airlines, the last leg of three flights en route home from Bradley, Conn.

I had my camera out to take photos of the first-class meal to share here and with my friends on Foodspotting. There was a little camera-size niche in the arm rest, and I kept thinking I'd better not forget it there. But, after 15 hours of traveling, my only thought when we landed was, "I've got to get out of here," and scooted out of there as quickly as possible, even though the flight attendants had reminded, "Check your seats for anything you may have left behind."

One day later, I was out eating again and dug around in my purse for my camera and thought I'd simply left it at home. But at home when I couldn't find it, I realized I never did grab it out of the plane niche.

Alaska Airlines has an "Ask Jenn" feature on its website that allows you to report items "Lost on Board." I figured it would be turned in because any finder would likely have no use for an inexpensive, already out-of-date Panasonic Lumix that requires its own battery charger. But I described the camera as being silver, and was amused upon its return to find it's actually black! 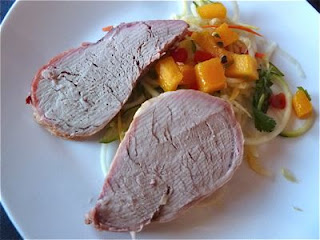 Appetizer of smoked pork tenderloin with mango salsa. Northwest and California wines were complimentary. On planes I tend to drink water only.

Luckily, I had described some of the last photos taken, including the dinner, and clouds over Seattle.

I guess I never looked at the front of the camera, because I'm always looking at the screen in the back!

I laughed about it with the person I picked it up from at the airport, and she said, "That's OK, people don't even know what their bags look like."

I had been a little miffed to find myself on Alaska, when I had booked through Delta and expected to be on a Delta plane with the plushy first-class section, and not the commuter style. But I was happy to note Alaska's meal was better than Delta's and I'm not sure whether they would have gone out of their way to return my camera. 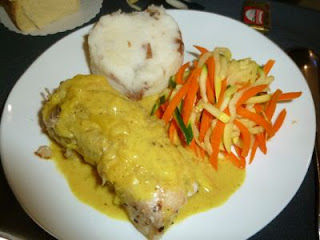 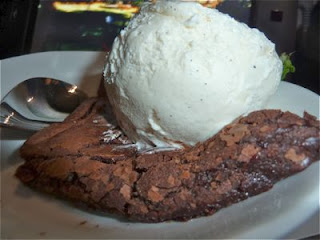